This is the shocking moment a suspected rapist was brutally attacked by a violent lynch mob when police attempted to arrest him. 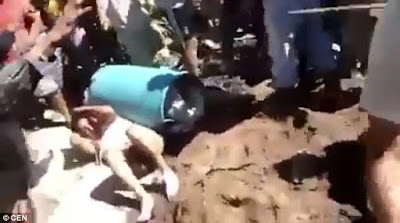 The man was accused of raping a disabled woman and an underage girl at a derelict house. Officers had tracked down the man when an angry crowd also arrived to wreak their own justice.

Horrifying footage shows the horde viciously attacking the man - identified only by his first name Gustavo - in Mexico. Some punched and kicked him while others beat him with metal objects and bats. One even apparently tries to stab him with a machete.

However two officers were also injured in the incident in Ciudad Valles in the Praderas del Rio neighbourhood.

The cops and the injured man were treated at a nearby hospital, with the accused rapist remaining in hospital due to the severity of his injuries.

The man's mother has since spoken to local media, saying he had been wrongly accused, and that he was not a rapist or a vagabond and that he had a normal job.

He remains under arrest at hospital, and authorities have not issued any statement on the status of the investigation. 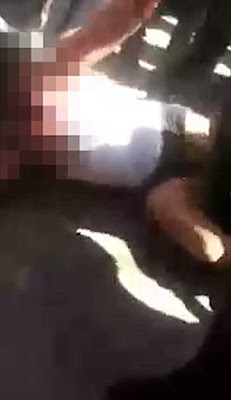 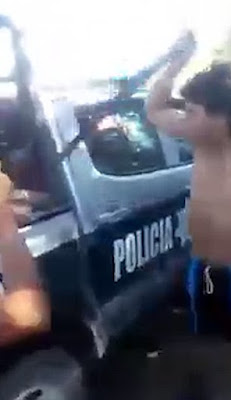