A woman, Dasola Adeosun, has pleaded with Ile Tuntun Customary Court, Mapo Hall, Ibadan, Oyo State, to put an end to her union with her husband, Taiwo, whom she alleged on several occasions had attempted to use their only two-year-old child for money rituals and that he used to smell her pants and fingers her each time she travelled to check whether she had slept with another man. 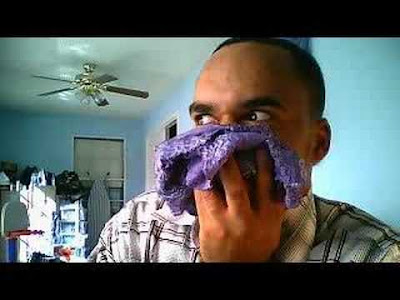 “My husband married me about three and a half years ago as a virgin and we gave birth to a child who is two-year-old, Emmanuel. We’ve separated for about one and a half years and he has not been responsible for our welfare. Whenever he beats me, he either takes me to the hospital for treatment by himself or calls a nurse to come and set a drip for me in the house. I’ve tried to endure his excesses but it seems my patience does not pay any longer.“After delivering my baby, he insisted on taking the child to his family house where unfortunately, my things were set on fire when a stick of matches was lit and thrown into my room through a window. It was after that incident that he told me he was taking the child to Lagos for money rituals. He took this step twice but he returned to me with the baby that he was told the child was not useful. “Each time I asked him to give me money to take care of our child, he would say: “the child is not useful for me,” and since then I’ve been doing what I could for the child. I can’t dispute the fact that his sisters brought golden morn and milk for the child every month since he started feeding on them but it’s not enough. “He paid no dowry on me before we became husband and wife because I was the one who ran,” Dasola told the court.The defendant, Taiwo, denied the allegations. He said that his wife is promiscuous and stubborn.

“I observed that each time I go to my shop, my wife calls other men. She even uses my phone sometimes to make calls. I’ve tried to stop her but she’s been adamant.“She’s stubborn, disobedient and wayward. Shortly after our marriage, we had a quarrel and she slapped me.”The court, however, asked Taiwo if he ever beat his wife and what step his parents took.  He replied ‘I never beat her once.’

Dasola, however, opened up to the court that although Taiwo’s father has been intervening in their affairs since they got married, he withdrew at the point of provocation from his son. She said that Taiwo takes advantage of his father’s old age and opposes him each time he tries to make peace between them and that his mother is dead.

Not satisfied with his wife’s submissions, Taiwo said: “I’ve made a mistake getting married to you.”

President of the court, Chief Agbaje Henry Olasunkanmi, after listening to the couple, told them to bring their family members and the child, Emmanuel to the court on November 11 for judgement.