Employees from a Chinese sales company, including a pregnant woman were forced to eat live worms after they failed to reach their sales targets, according to Chinese media. 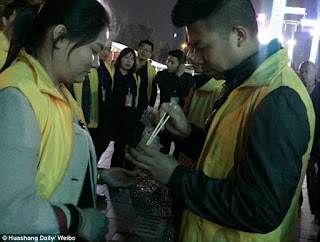 Pictures emerged showing these sales workers having to drink Chinese rice wine which contained squirming mealworms in front of their colleagues.

The incident took place in Hanzhong, Shaanxi Province, on November 8, according to Huashang Daily. 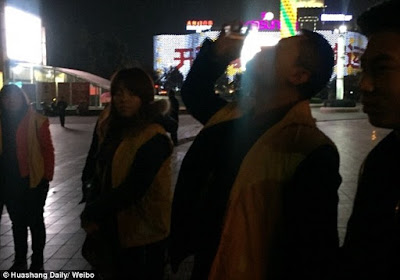 According to the report, 50 to 60 employees, all wearing yellow uniforms, gathered at a public square in Hanzhong to witness the punishment.

A man, thought to be a supervisor, carried two plastic bags in his hands.

He announced the names of the employees who had failed to bring in enough clients for the companies the day before. 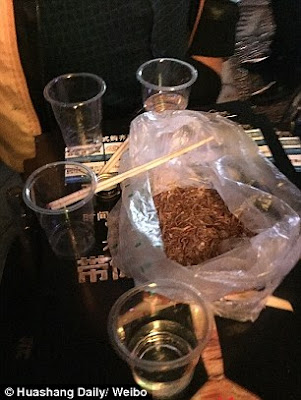 In one of the plastic bags held by the man, there were a large number of live mealworms.

In the other, there were chopsticks, glasses and two bottles of Baijiu, a hard liquor which is around 40 to 60 percent alcohol.

The man poured the Baijiu into glasses. He then used chopsticks to put mealworms into the glasses of wine. 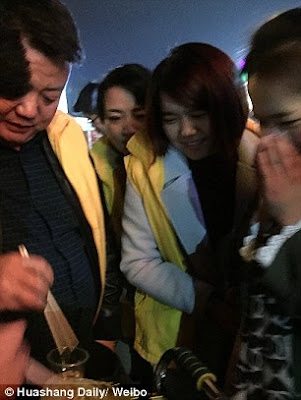 Employees who had missed their sales targets were ordered to drink the mixture in front of their work colleagues.

One employee told the reporter from Huashang Daily: 'Today we are punished to eat mealworms.

'For every client we missed, he has to eat four worms.'