If Anything Happens To Me, Hold El-Rufai – Shehu Sani 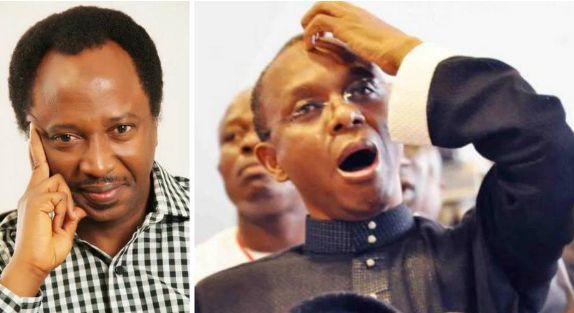 As we reported yesterday, gunmen invaded the campaign office of human rights activist and Senator representing Kaduna Central District, Shehu Sani, during a meeting of his supporters. The attack, which caught the supporters unaware, left sour tales as many were wounded, while others lost some valuables, including handsets to the invaders.

Senior Special Adviser (Political and Ideology) to Senator Sani, Comrade Suleiman Ahmed said the attack was the continuation of attacks on his family house at Tudun Wada area, Kaduna.

He said the information gathered from the victims of the attack indicated that the hoodlums must have been on the move to complete “the plot, which started inside Kaduna State Government House three days earlier.”

According to Comrade Ahmed: “They are just jealous of senator’s political achievement. But then, that will not deter the senator from listening to the people and put their interest above the party or personal interest.”

“They started on Friday. They laid siege to the senator’s family house on Friday before the police came and dispatched them, using teargas. This Saturday (yesterday) afternoon again, they attacked his constituency office around stadium roundabout. I was informed that the attackers, who were armed, stormed the office, where some people were having meeting and destroyed what they could and collected their phones and all that. We have called the police to put the situation under control.”

He said, “Let anyone come out and tell the world whether he saw any government official at the scene. People are just trying to blackmail the state government.”

On his part, Senator Sani said, “I wish to state it categorically clear, that I hold Governor El-Rufai personally responsible for whatever happens to me or any of my family members or supporters.”