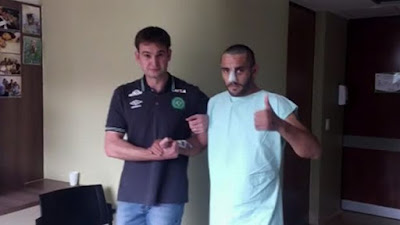 Just a week ago, 27-year-old defender Alan Ruschel, was communicating only with gestures after miraculously surviving the plane crash that killed 19 of his team-mates.

Look at him now, he is pictured above standing with the help of orthopaedic doctor Marcos Andre Sonagli and can be seen giving the thumbs up for the camera. 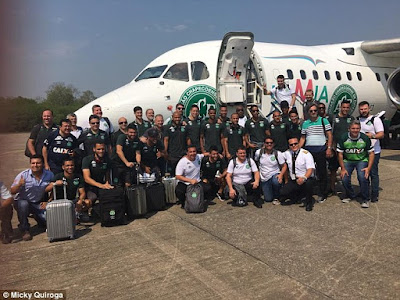 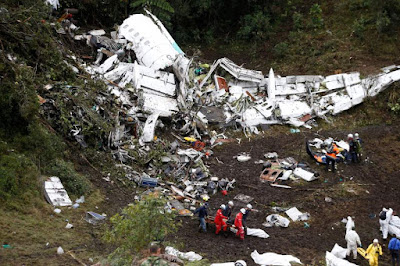 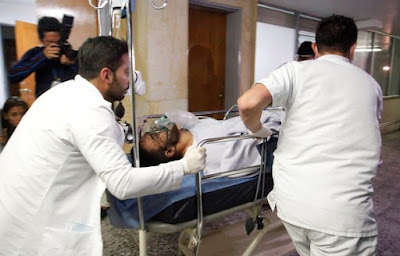 A video has been released showing him walking with support and giving a positive thumbs up, before delivering a message to those who have given their support, saying:

"Thank you everyone, everyone worried about my recovery. This is Alan Ruschel.

"I wanted to tell you that I am recovering very well. I will soon be back in Brazil to finish recovering."I want to thank you for all of your support, for all of the caring messages that I received. Thank you everyone. Thank you very much.” 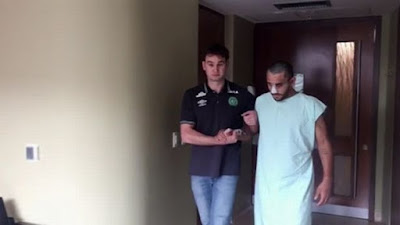 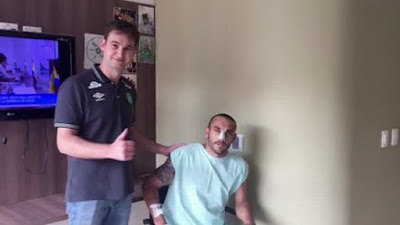 Brazil was thrown into mourning after the chartered plane with their first division football team crashed near Medellin while on its way to the finals of a regional tournament last November.

The plane was carrying 68 passengers and nine crew members. Four other people listed on the flight manifest did not board the plane. Twenty-one of the passengers  were journalists, of whom just one survived.

Among the survivors was Alan Ruschel, who doctors initially said suffered spinal injuries. Two goalkeepers, Marcos Danilo and Jackson Follmann, as well as a member of the team's delegation and a Bolivian flight attendant. However Danilo died a short time later.