By: Gideon Ayodele, S.A on Media to Senator Dino Melaye 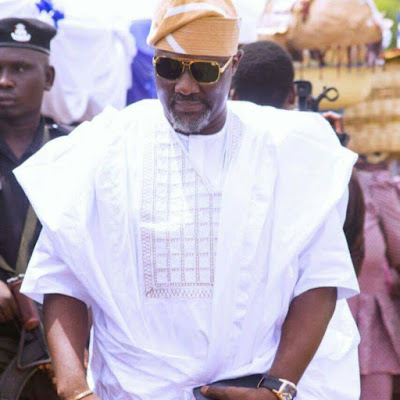 Senator Dino Melaye, representing Kogi West Senatorial District to day in a motion titled “The Unlawful and Willful Misappropriation and Criminal Witholding of Public Revenue by The NNPC and NPDC from 2013 to Date. He however noted with worry the growing concern the way and manner the NNPC and the NPDC has been carrying on crude oil lifting through less than transparent operations.

Melaye equally observed with worry that while this practice may have started before the present administration, it has continued under the watch of the new administration without abating. So much so that in this year alone between January – August this year alone, a total of $344.442m worth of oil has been lifted by NPDC without remittance to the Federation Account and also not paying royalties and other taxes on these lifting.The Federal legislator expressed disturbance by the continuing practice of withholding part of domestic crude oil sales proceeds by NNPC for use in pipeline repairs and product losses.He as well expressed curiosity that despite the much trumpeted anti-corruption stance of the current administration that this level of corruption could still be nestled and tucked in by highly placed individuals is derisive of the entire anti-corruption fight.He further observed that with the said amount so far withheld illegally can build about 11 world-class teaching hospitals fully equipped to cutting edge machinery of about 200 beds in Nigeria, 6 health care centres in each of the 774 local government areas of the country and added on the national power grid 4,000mgw of electricity.Senator Melaye equally said that this amount if remitted into the federation account would have had an immediate and significant impact on the economy by bringing down the cost of the naira instantly and boosting the federal reserves, appreciably.He further reiterates that the current 8th Senate is determined to expose corruption in government irrespective of how highly placed the individuals involved are and will ensure that all observed leakages and loopholes in the system will be exposed.ALSO NOTES that the amount in question that is being withheld away from the federation has the potential to meet with the needs of the IDPs in the north East 9.9 times over according to the UN estimates of what is required to carter for their, nutrition, safety, health, hygiene, clinical support education, shelter and support services.Establishing that there is no legal impediment on the NNPC or the NPDC to remit government finances as at when do except the willful intention to sabotage government revenues and deny the people their right to public services.Melaye further established that the total amount which this agencies of government have illegally and criminally withheld from government is in excess of the JV cash call value for the year 2016 and therefore more than government disposable investment plan for the current year.He finally noted with great worry that such remarkably brazing and monumental level of corruption could be going on under the present economic circumstances that the country is passing through now, where government revenues have slashed by over 60%.The Senate therefore resolved as follows:

1. That the senate through its joint committees of upstream petroleum and finance do investigate these allegations through a public hearing on the length, breadth, width and depth of this corruption with a view to recovering every fund due to the Federation Account as a result.2. That the NNPC and the NPDC immediately remit monies obtained on behalf of the federal government to the federation account upon lifting and the GMD ensure compliance to this directive with immediate effect.3. That the NNPC must forward to the national assembly for appropriation its yearly estimate for repairs and pipeline operations and maintenance.

The President of the Senate, Dr. Bukola Saraki expressed shock that such criminalities could happen when the nation has Minister of Petroleum, Minister of Finance and Auditor General. He therefore directed the committees concerned to thoroughly investigate the allegations and report back to the Senate on the 9th of January, 2017.