Ghana’s new president, Nana Akufo-Addo has kicked off an embarrassing plagiarism scandal, just minutes after he was sworn in. 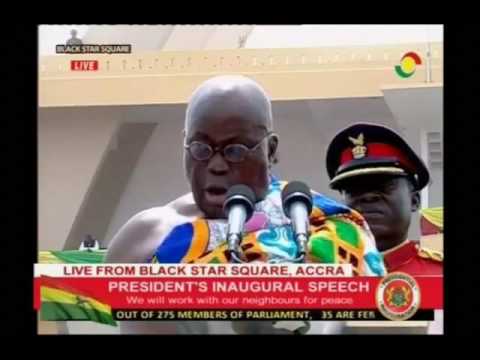 Part of his inaugural speech, where he promised honesty of purpose and reduced taxation, among other things, was found to have been lifted from the 1993 inaugural speech of former US President Bill Clinton.

He was also caught red handed in lifting a portion of the speech by another US president John F. Kennedy made in 1961.

Watch the video below.

On 20th January, 1961 President J. F. Kennedy during his inaugural address said, “if a free society cannot help the many who are poor, it can’t save the few who are rich”.

Akufo-Addo in his inaugural speech said the same thing on Saturday.