Daniel Ortega Sworn In As Nicaragua President, With Wife As Vice President


Daniel Ortega has been sworn in for a third consecutive term as Nicaragua’s president, with his wife Rosario Murillo as the new vice president, giving a married couple the reins of power for the first time in the Central American country’s history. 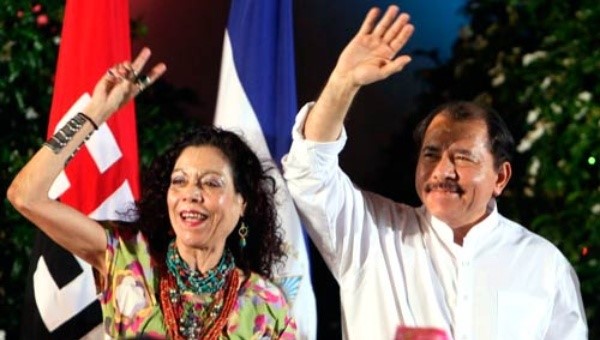 Ortega, a 71-year-old former rebel fighter, took the oath in Managua with the presidents of Venezuela, Bolivia and Taiwan in attendance.

Ortega and Murillo were elected in November with 72.5 percent of the vote, but with a high rate of abstentions. Their party won 71 of the 92 seats in parliament.

Nicaragua could face economic challenges in Ortega’s third five-year term amid a steep drop in aid from Venezuela, which has funded many social programmes.

A law is also being considered in the US that could block Nicaragua’s access to loans from international lending organisations, pushed by US legislators claiming a critical of a lack of government transparency.