Matharoo Sisters Have Quietly Left Nigeria...see List Of Billionaires Caught Pants Down With Them


Jyoti and Kiran Matharoo, the sisters named “Canadian Kardashians” who were recently arrested for blackmailing randy Nigerian billionaires, have left the country ahead of their scheduled appearance at the Yaba Magistrate Court. 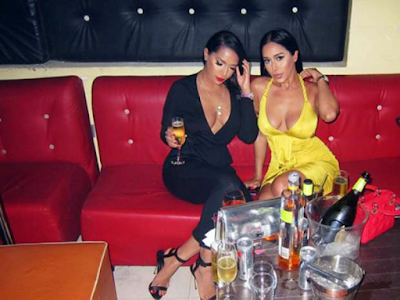 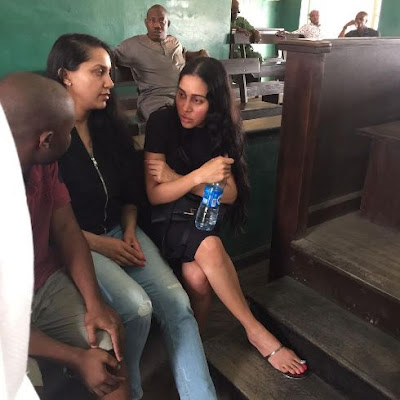 There are also strong indications that the digital copies of the 274 pictures and videos of randy Nigerian billionaires — discovered on their seized laptop by the police — are still intact.

Insiders in the know of the saga told TheCable.ng that because of the scandalous images of famous Nigerians found on their laptop, a deal was struck to allow the girls leave the country quietly because

of the potential national embarrassment.

They were found with the images of nude or semi-nude Nigerian billionaires allegedly recorded surreptitiously by them at their EKO Hotel room where the escapades usually took place.

They were accused of being the brain behind a website, NaijaGistLive, where threats to expose the dirty secrets of the billionaires were regularly published — and a third party was said to be collecting hush money, usually in foreign currencies, on their behalf.

Also, the naked picture of a bank MD was accessed on the seized laptop, while a high-flying lawyer and businessman from Kogi state was seen pulling down his boxer’s shorts in one of the videos, the insider said.

The brother of a famous retired general from the middle belt was also seen in some of the pictures.

“The fear of a scandal of global proportions blowing up in the media during their trial led to a change of tact,” a source familiar with the soft landing deal told TheCable Lifestyle.The police may withdraw the charges when the case is called on January 26 at the magistrate court, except there is a change of plans.

The sisters were forced to sign a prepared undertaking promising not to engage in blackmail and cyber bullying again — and to stop extorting their “victims”.

They were then allowed to quietly return to Canada and are now “safe back home”.

However, contrary to the belief that the pictures of the randy billionaires have been wiped out, it has now emerged that the girls — or a third party — could still be in possession of the digital copies.

The NaijaGistLive Forum has been attacked by paid hackers and taken down and the girls have signed an undertaking not to have “any involvement whatsoever” with the site.

But recent posts on Instagram under the account name “9jagistlive4” suggest that the publications could continue — this time with no “extortion” involved.

The posts appear targeted at Femi Otedola, the billionaire businessman who was celebrated as bursting the two-girl ring by sending detectives after them.

The account operator, who used the singular “I” in the posts, promised that the website will come back with better security and would continue to expose the dirty secrets of Nigerian billionaires who cheat on their wives.

“If you thought NGL was gone, you pulled a fast one on yourself bih. I noticed, the ones who were mysteriously happy thinking that NGL was gone are those who feel threatened by the truth and pure evidence of it. To all my NGL fans, when the new site is up and running (please be very patient, security is key): I will clearly state in every article that no TRUTHS shall be taken down for whatever reason. So when you communicate with random emails asking to take down a truth, just know it’s not NGL and be advised NOT to pay money to anybody at all. (Name withheld for legal reasons), take notes! Stop cheating around with hoes and there won’t be hoes trying to extort from you in the name of MY website. Okay? somebody please @him or send this to his email.”

“So many things have happened in the past week and I’ve come to realize how big of a joke the Nigerian legal system is.“Arresting innocent or not-so-innocent people, having them admit to something they don’t own, sign stupid papers and/or release scripted apologies under DURESS just to appeal to your ego shows how SICK some criminals (and Nigerian police) are.“Truly, people unassociated to my NGL brand might have created accounts/ emails and clone websites in an attempt to use MY website(s) to defraud others, in which case, after proper, I repeat: PROPER investigation, they can be detained and tried to the law. First I was baudex, then SDK, then the Matharoos. Joke joke joke!“As for the #NaijaGistLive brand, it remains one to truthfully expose criminals. The brand can never die. Not even the bigoted (name withheld for legal reasons)can stop it.” 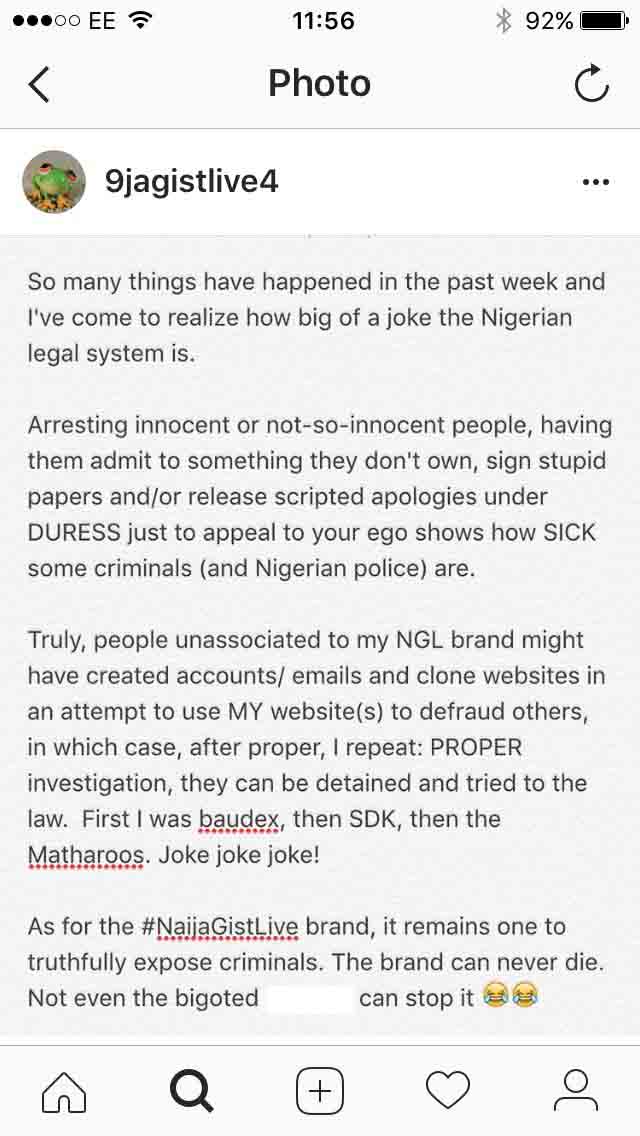 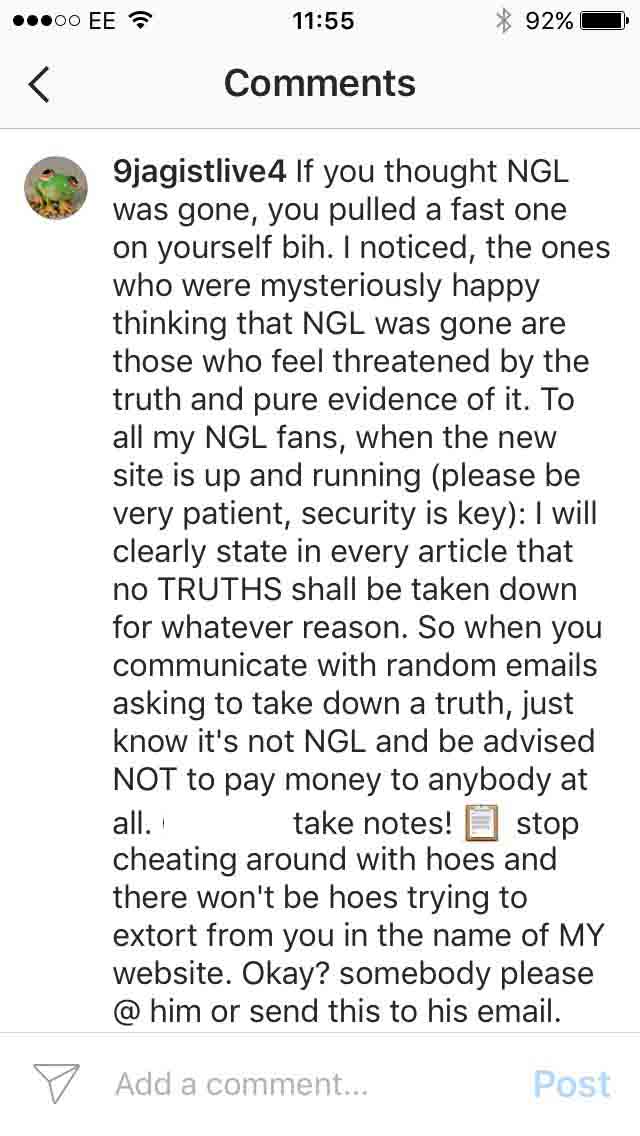