British Airways has named its six top destinations for Nigerian travellers in 2017 and its January sale is making it easier to get there. 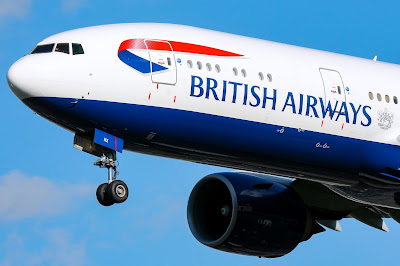 Unsurprisingly London tops the list. A perennial favourite for Nigerians from gap-year students to parents’ holidays the UK capital has everything to offer from the finesse of the Chelsea Flower Show to the fervour of the FA Cup Final.

Sport, culture and history are certainly among the reasons to visit London and a British Airways 2016

survey of 4 000 travellers found that Nigerians are more familiar with UK sport and history than their European counterparts.

“With up to 14 flights a week, we’re offering more seats to London from Nigeria than we ever have before,” says Kola Olayinka, Regional Commercial Manager West Africa at British Airways. “These include 7 weekly B777 services to and from Lagos and 7 weekly B777 flights to and from Abuja. There are up to 14 flights a week to Heathrow from Lagos and Abuja.”

A short hop across the channel, the romance, cuisine and sophistication of Paris remain as alluring as ever, not to mention Les Soldes – the regulated sales that start at major department stores and boutique shops on 11 January.

If it’s more chic 2017 rather than discounted 2016 that you’re into, then time your trip to be there between 22 and 26 January for Paris Fashion Week.

And who could resist Paris in the spring and summer, particularly as the southern hemisphere starts slipping into winter? Naturally there’s plenty to see and do, a soupçon of which includes the French Open at Roland-Garros from May 22 to June 11; the Taste of Paris, which brings together top restaurants, food and wine producers from 18 to 21 May; and the Jazz Festival À Saint-Germain-Des-Prés, offering performances in the heart of the city between 11 and 22 May.

The Eternal City remains an eternal favourite and it’s not hard to understand why. Where else but Rome does a modern European city blend so seamlessly with centuries of history and culture? Add to this the irrepressible Romans – the inventors of la dolce vita – and you have the potential for a rock concert in a museum. It’s nothing new, the ancient Romans had 150 days a year set aside for fun and festivities.

Perhaps the best way to experience this is during Natale di Roma on 21 April, when citizens celebrate their city’s birthday. Most of the festivities take place at the Campidogilo. As you’d expect from a city founded in 753 BC the Romans have had plenty of practice and mark the occasion by firing off huge numbers of fireworks.

May Day is a more modern holiday, but celebrated with the same gusto, when trades unions organise a free concert in front of the basilica of San Giovanni in Laterano. Yep, it’s pretty much a rock concert in a museum.

In fact there’s so much that happens in Rome throughout the year, you’re unlikely to be there when there isn’t something on. Even so, there’s so much to see and experience you’ll probably want to go back again, even if you didn’t throw a coin in the Trevi Fountain.

Fares to Rome start from USD812.

Across the Atlantic New York remains top of the pops. As well as iconic attractions such as the Statue of Liberty, the atmosphere of a Knicks game or arguably the best retail therapy in the world during the spring sales, for a city with such a big brash reputation, there’s also an urbane side to New York.

The Metropolitan Museum of Art is one of the city’s largest and most visited attractions, where it’s easy to spend a day and not even scratch the surface of the extensive collection. Other must-sees for art lovers are the Museum of Modern Art and the Whitney Museum of American Art.

For the more musically inclined Carnegie Hall is going off-site this season with a new production of West Side Story set in a restored factory in Queens. The show runs from 4 – 6 March. The Lincoln Center’s Columbus Circle base is headlining jazz at Dizzy’s Club Coca-Cola and is hosting late-night sessions with up-and-coming artists.

The special fares to New York start at USD962.

On the West Coast, Los Angeles is still the critic’s favourite, no doubt due to the burgeoning film business on the red-carpet route between Cape Town and LA.

For anyone wanting to combine a bit of real-world Big Bang science with a large dollop of entertainment, the Science Behind Pixar Exhibition at the California Science Centre runs until 16 April.

Fares are available from USD1467.

This year for the first time New Orleans has made the list and visiting early in the year it’s easy to see why. The Mardi Gras parades start in January but run until Fat Tuesday or 28 February. The brightly festooned Mardi Gras floats carry krewe royalty and celebrities, while masked participants lead marching bands and riders on horseback through the streets.

Of course, even if you miss Mardi Gras there’s still plenty to see and do in New Orleans, particularly in the historic French Quarter which offers visitors an abundance of restaurants, music clubs and shopping, all contained in an intimate neighbourhood.

To take advantage of the specials, bookings must be made before the end of January. There are also interesting fares available in premium economy (World Traveller Plus) and business (Club World).

For more information visit britishairways.com or your travel agent.

All fares are exclusive of taxes, fees and carrier-imposed charges but may fluctuate due to currency exchange and are subject to availability.