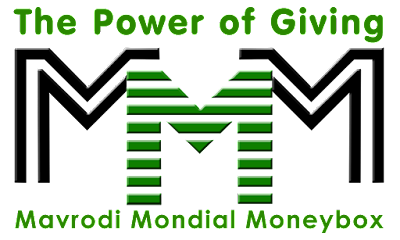 According to Google, the sacking of Joseph Aiyedun, a pastor with the popular Nigerian church, Omega Fire Ministries, is trending on their site.

Google’s Communications and Public Affairs Manager, Anglophone West Africa, Mr Taiwo Kola-Ogunlade, said in a statement in Lagos that the pastor was sacked for registering with the controversial ponzi scheme, popularly known as MMM.He said that the development, according to Google Trends, topped searches from January 11 to January 18.

Kola-Ogunlade said that the scheme surprised many operators this year when it resumed its activities after freezing their accounts for a month.

He said that MMM on resumption of operations had said that it would give priorities to the poor in its Give Help payments, while the rich would have to wait for some time.

The Google spokesman also said that Nollywood star, Tontoh Dikeh, seeking for forgiveness from her colleague, Mercy Johnson, on social media was also top on Google search this week.

“To err is Tonto Dikeh, to forgive is Mercy Johnson,’’ Kola-Ogunlade had quoted Dikeh as saying.

“Tonto Dikeh went on social media to seek the forgiveness from Johnson who she insulted four years ago, for which Johnson replied immediately, telling her she forgave her wholeheartedly.

“Dikeh has also raised questions on her marriage as she recently dropped the last name of her husband and the description ‘wife’ from her social media page.

The Google manager said that in honouring past heroes, the release of 257 Boko Haram detainees got people’s attention online.

He said, “While honouring its fallen heroes at the 2017 Armed Forces Remembrance Day in Maiduguri, the Nigerian Army announced the release of 257 Boko Haram detainees detained by the Borno State Government.

“The detainees were released after investigations revealed that they had no links with Boko Haram.”

He said, “News going around on the internet has it that, popular American actress and singer, Lindsay Lohan, might be converting to Islam.

“Although Lohan has not made an official statement in this regard, the actress has deleted her Instagram account and changed her bio on the social media site, to read ‘Alaikum salam’.

“Her mother,however, explained in an interview, that she had not converted to Islam, but is only taking a break from social media.”

He said, “Long, whose image was stained after he was accused of sexual coercion by four members of his congregation, died at age 63.

“The pastor who led the New Birth Missionary Baptist Church died of stomach cancer. He is survived by his wife, Vanessa Long, four children and three grandchildren.”

He said that Chuks Okebata, the murdered US Army veteran, got people’s attention online.

He said, “The wife of murdered US Army veteran, Chuks Okebata, who was kidnapped and murdered by yet-to-be-identified gun men, has affirmed that she is not guilty of murder.

“This followed the release of a video by the deceased’s sister, which showed him in a quarrel with his wife.”

The Google manager said that other trending stories this week include Gambia’s President Yahya Jammeh, who has insisted he would not step aside for the inauguration of the newly elected leader, Adama Barrow.

Other trending stories include surfing to know the score line for the European Premier League result and AFCON 2017.

Google Trends launched in May 2006, allows one to see how popular search terms and its demography have been over time on the search engine.