Meet the man who says he brought Nollywood actress Genevieve Nnaji into the spotlight. 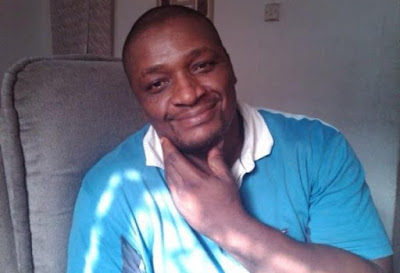 Emeka came out recently to solicit funds for his ailing colleague Prince Uche and in a new interview with Dupe Ayinla Olasunkanmi of TheNation revealed that Prince Uche's wife had left him.. Read excerpts below.

You no longer act; how have you been surviving?I have been producing since 1996. I work basically with some of the top producers and marketers in the industry. I also work with Africa Magic; they bring movies for me to produce. I am also into marketing. I am the first Nollywood actor that went into mobile marketing.

That part started some years back; having people come in contact to get their movies one on one from the producer at a subsidised rate. This happened about two to three years ago, I was the initiator of that idea; selling movies on the street.

Do you believe that age is one of the factors in ending one’s passion?I don’t think age is a factor. As an actor, I can fit into any role even at an older age. But it is just that most of these our productions are done in the east, which is not so good with the age. But professionally, age should not be a hindrance to getting roles. Also, the producers do not know us as pioneers, making them offer us fees that are not worth our skills. 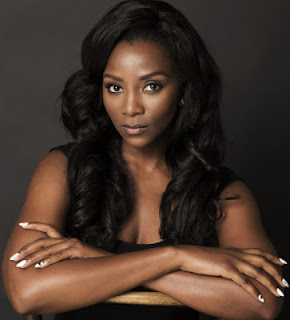 What do you mean by fee not worth the skills you offer?

These people do not look at what we have done for the industry and also the people we have brought in and trained that have taken the name of the industry far beyond our country. They offer fee like N30, 000.

As I am speaking to you now, I am the man behind Genevieve Nnaji. I brought her into the industry, when we were doing the movie Most Wanted. Then we had the likes of these Yoruba actors like Funsho Adeolu, Femi Brainard, Tunde Coker and the rest. Also, Prince James Uche got the role for the movie Mega Fortunes; that role was meant for Jide Kosoko, but he was busy. 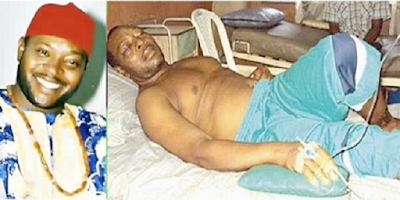 Is forming a team to save Prince James a way of gaining prominence back to the mainstream?

This sickness that is just known to the world started since 2008. But because we have been very close and been with each other for a long time; with the help of some of my colleagues, we have been managing the sickness.

So having a team is just to help raise what is needed to save Prince’s life. What we plan is to help bring back his family after the surgery is done, and he is fit to come back home.

What do you mean bring his family together?

The plan is to first raise the fund needed for the surgery. Then get him a two-bedroom apartment and bring back his wife who is no longer with him.

Are you saying she left because of his sickness?

No, see, I am the right person to tell you the truth. They have been having issues before the sickness started. It has to do with his work. You know, a man leaving home for weeks and months. That was the issue.