An atmosphere of fear is currently pervading Amanwaozuzu community and its environs in the Ikeduru Local Government Area of Imo State, as suspected ritualists allegedly beheaded a young girl, and took away her private parts In the process.

The Punch learnt that the girl whose identity had yet to be ascertained as of the time of filing this report was reportedly in her early twenties. 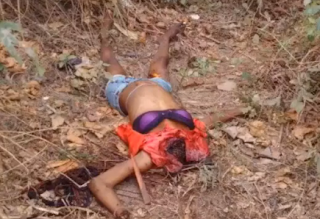 Sources told our correspondent on Monday that the indigenes and residents of the community, a suburb to Owerri , the state capital, woke up to the sad and surprised

development of a beheaded body , without private parts lying on the Okpala Iho – Atta road in the area.

According to the source , the development which happened on Saturday , raised huge fear on the people , as nobody could explain what happened.

“ Nobody could narrate what transpired . The people just woke up on Saturday morning and saw a beheaded body without private parts lying on the Amanwaozuzu – Ogwa road. On reaching there , it was discovered that it was a young girl, ” one of the sources said.

According to them , nobody could identify the victim because her head had been chop off by the fleeing ritualists.

He explained that on alerting the security agents , they immediately came and evacuated the beheaded body.

According to him , the people were living in the fear of the beheading and the taking away of the victim ’ s genital organs and breasts , adding that a state of panic had engulfed the community.

As of the time of filing this report, the message Sent to the mobile phone number of the state police Public Relations Officer, Andrew Enwerem, for confirmation had yet to be replied to.