Football fans who got enraged after Manchester United Player refused to sign them an autograph, threw plates at the red devils player for disrespecting them, even when they help pay his £290,000-a-week salary. Pogba who also got angry with this wanted to fight back, but was held by staff and customers who were in the popular Akbar restaurant in Manchester City.

"The row escalated very quickly and it looked like there was going to be punches thrown. The lads were furious that Pogba had the nerve to say no to their request for an autograph. But Pogba was enjoying a quiet meal with friends and felt uncomfortable with the attention. 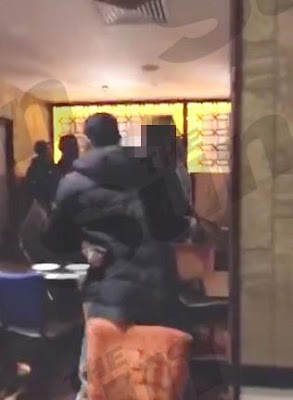 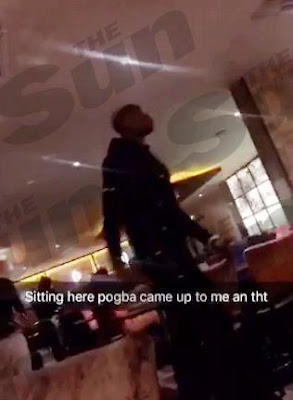 "They were desperately trying to square up to him and it could easily have turned physical if it weren't for the staff and their pals holding them back. As the world's most expensive footballer, he's an easy target for lads trying to show off like that. He dealt with it very well" an eyewitness said.

According to The Sun, the  fight which occurred around 11:40pm on Monday evening and recorded on a camera phone, got settled after the Police were invited.