Groom Raped Woman In Park Hours Before His Wedding, After He Was Released From Life Sentence


A GROOM has admitted to the “vicious” rape of a woman just yards from her front door before going on to marry his pregnant girlfriend just hours later.

Derry McCann is now facing a life sentence over the “sustained and systematic” two-hour attack with the 28-year-old,  having already been jailed for an almost identical attack on a trainee solicitor 10 years beforehand. 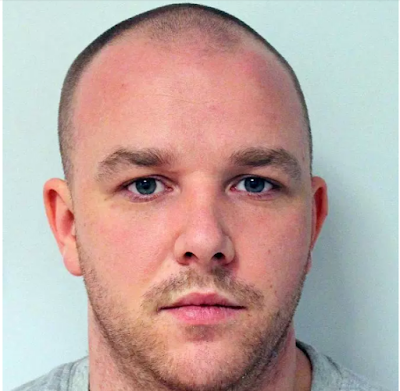 The judge who had sentenced McCann to life with a minimum of nine years in 2006 had warned that there was a “very substantial risk” he would strike again.

But the man was released from prison with Snaresbrook Crown Court hearing that the man had played “mind games” on his latest victim after grabbing her and pulling her into the undergrowth at an east London park near her home on January 13.

Police said that the victim was then “raped, beaten and humiliated” in the attack.

When the ordeal was over, MCCann took photos of his victim and said that she was lucky that he did not video it. He stole her mobile phone as he made off from the scene.

Hours after the attack, McCann went on to marry his girlfriend, posting photographs of the ceremony on his public Facebook,

“The strong prosecution case which led to today’s guilty pleas included victim testimony, an ID parade, CCTV footage, and bad character evidence based on a similar rape committed by McCann in 2006.

“I would like to thank McCann’s victim for her courage in helping bring this prosecution and hope his conviction provides some sense of justice for her.”

McCann had previously raped a trainee solicitor at just 17-years-old, having told a friend “I’m going to have fun with this one and then I’m going to kill her”.

Detective Inspector Lee Davison from the Met’s Sexual Offences, Exploitation and Child Abuse Command said: “This man is a vicious predator and an extreme danger to women.

“He preyed on his victim and set out to degrade her physically and psychologically.

“No one should have to endure what she was forced to go through and I want to formally pay tribute to her courage and determination. It is through her bravery we have been able to bring McCann to justice.”

McCann, of Bow, east London, admitted three counts of rape, one of assault by penetration, and one of robbery.

He will be sentenced at Snaresbrook Crown Court on April 28.