A Muslim teenager has received death threats after she was filmed twerking in a busy city centre while wearing the hijab.

The girl, believed to be 17, was caught on camera as she danced provocatively with a friend and a street performer in front of a crowd in Birmingham. 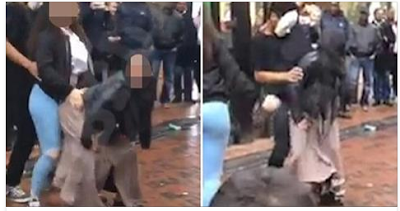 The short clip was posted on social media and has since gone viral, sparking widespread criticism from other members of the Muslim community who branded her a 'f*cking sl*t'. One wrote: 'Stupid bitch needs to be killed.' More photos after the cut

The girl later publicly apologised for her actions in a YouTube interview, saying she had 'disrespected' the religious veil. 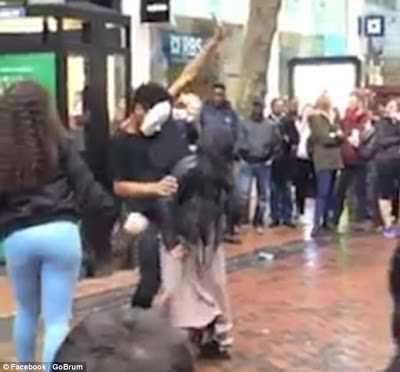 Speaking later in an interview, the girl explained she was shopping with friends when they came across a man playing music on the street.

The girl, wearing long, loose clothing, was filmed as she danced to the R&B track, squatting down as she thrust her bottom back towards her friend.

The video sparked a heated debate when it was posted on Facebook. 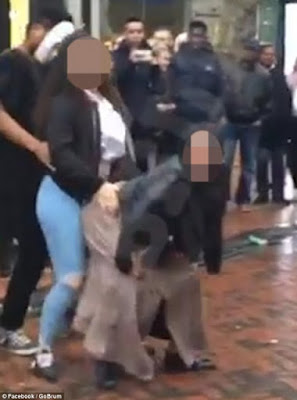 The teenager later spoke to Muslim YouTube star Ali Dawah, who makes videos around spreading the message of Islam and clarifying misconceptions.

She said she 'hesitated' before joining in the dance and explained she has mental health problems that means she 'doesn't think straight'.

Holding back tears, the teenager revealed she has previously battled with depression and had only started practising her religion two months ago. 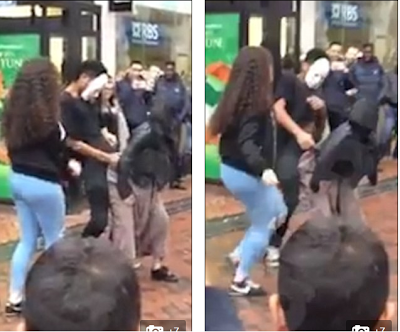 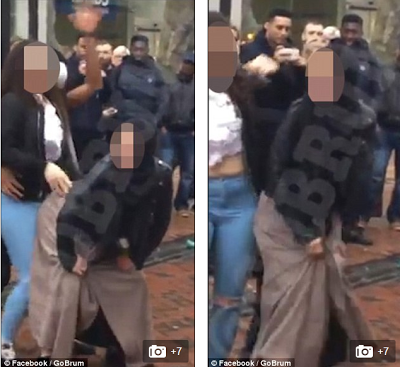