Vice President Yemi Osinbajo will contnue as Acting President in spite of the return of President Muhammadu Buhari to the country early Friday morning.

President Buhari announced this at his first meeting with his Cabinet and Service Chiefs at the First Lady’s Conference Room at the Presidential Villa Abuja. According to the president who proceeded to his residence after the meeting, he needed more rest. 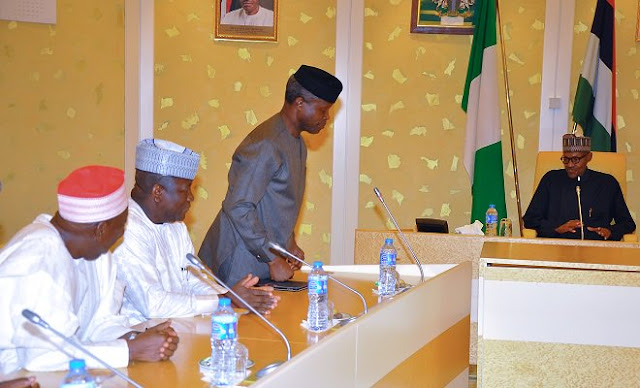 He expressed his gratitude to Nigerians who called and also prayed for him while his medical vacation lasted in London, United Kingdom.

The President said he felt much better, saying that “whatever the case I’m still grateful to Nigerians”. According to him, the cost of his treatment abroad was not lost on him even as he said he received the best of treatment.

President Muhammadu Buhari arrived from his medical vacation in London today, Friday 10th March, 2017 and said he had never been this sick, not even in his days in the military.

The president was speaking at the First Lady's Wing of the Presidential Villa in Abuja at a 30-minute reception shortly after his arrival. Buhari explained that he arrived today so that he could rest while Osinbajo continued working.

The president said he still had more checks to undergo in the weeks to come.