A security guard who took his job more serious than others present at Adele's mid-concert performance, suffered a backlash from the singer who concluded her Australian tour with the concert. 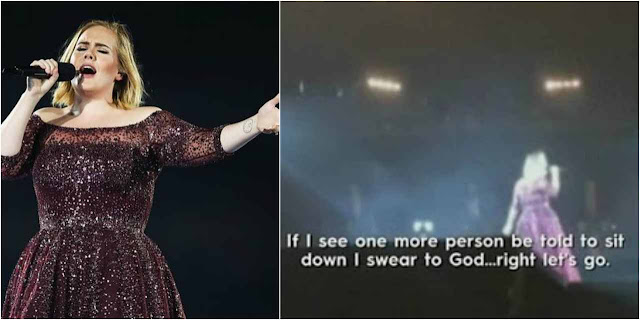 The security guard reportedly told revelers, who wanted to stand during the concert to dance, to sit down. However, this got the singer irritated, as the footage posted on

social media, filmedher defending her fans who came for the concert held at  Melbourne's Ethiad Stadium.

Adele who stopped her  Water Under The Bridge, was heard telling the security guard;

"Excuse me sir? I know you work here but could you stop telling people to sit down? This is a music show.

"If people can't see then they can stand up.

"If you're moaning about people dancing, what the f*** have you come to a show for?

"If I see one more person be told to sit down, I swear to God." 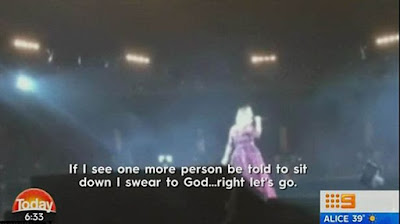 Highlights from the show which  77,000-strong crowd came for, include a surprise proposal by Adele, who invited a gay couple to join her on stage.