It Seems S.A Rappers, Cassper Nyovest And AKA Are Beefing Again


Cassper Nyovest's new single Tito Mboweni released weeks ago, which was knocked off the number one on South Africa's  iTunes charts and across all platform, to the 76th spot by AKA’s songs the World is Yours and Caiphus Song, has led fans into believing that there might be a cold war going on between the two superstar rappers. 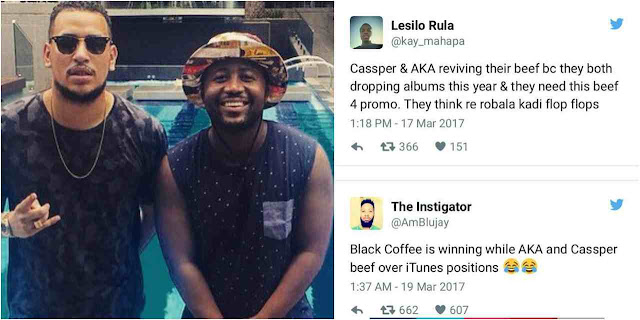 Cassper's reply to fans appeal to do something about the music chart issue, even raised more eyebrows, as it reads;

“He dd nt retaliate when he ws insulted,nor threaten revenge when he suffered. He left his case in d hands of God,who always judges fairly.”

It was also gathered that the rapper, whose works are being blocked from the charts in the southern African country, wrote yesterday; “I really don’t know what the problem is. I’ve tried to resolve this issue time and again. Like yang bora taba eh!!!”

With the recent, fans are now suspecting that two rappers who beefed each months back and also releasing diss tracks, might have picked it up again, after they hugged it out and made peace at Cassper Nyovest’s #FillUpOrlandoStadium Concert last October. AKA is also accused of masterminding Cassper's downfall, this is backed by AKA’s subs targeting unknown persons after he snatched the no. 1 spot on the iTunes chart. 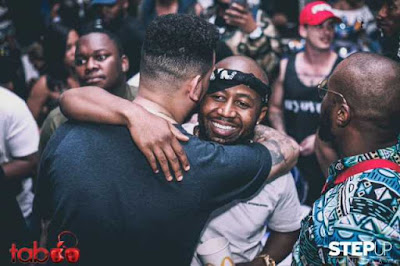 Recall that in February 2016, fans asked AKA if there was any hope of making peace and collaborating with Cassper, which he replied with a succinct, “Not a chance.”