The Nigeria Union in South Africa, on Tuesday said five Nigerians had been attacked in Polokwane, Limpopo Province of that country in renewed xenophobic attacks.

Mr Collin Mgbo, Secretary of the Union in the Province, told the News Agency of Nigeria (NAN), on telephone from Polokwane that three of the five Nigerians attacked were in critical condition in the hospital. 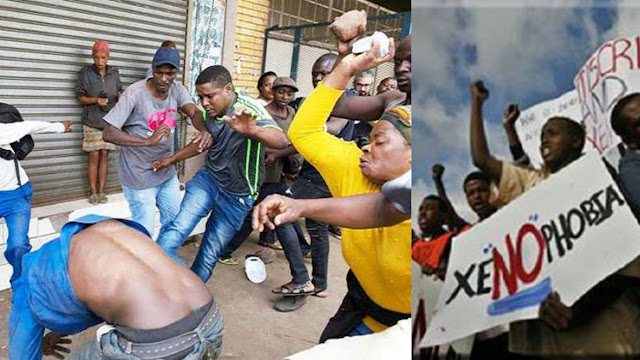 “I received a call that a Nigerian was attacked at Ivy Park in Polokwane on March 15. I got to the scene and saw that the Nigerian was almost dead, his house was looted and burnt”, he said.

Mgbo said another Nigerian was also attacked in the same neighbourhood same day and that while he got to the scene, the mob left the wounded man and descended on him.

“They left the wounded Nigerian and faced me. They destroyed my car and I managed to escape and ran to a police station”, he said.

The secretary added that three Nigerians, including the owner of a mechanic’s garage, were attacked at Moledji, near Polokwane .

“Their shops and houses were looted, vandalised and destroyed. The local chapter of the union has reported these attacks to the South African police, Nigerian mission and national secretariat of our union. Our national secretariat is on top of the situation. As we speak, three Nigerians in the hospital are in critical condition and I do not know if they will survive because of the severity of the attack”, he said.

Mgbo urged the Federal Government to persuade its South African counterpart to ensure the safety of Nigerians in their country.

When contacted on phone, the Permanent Secretary, Ministry of Foreign Affairs, Ambassador Olusola Enikanolaye, said the ministry had not been briefed about the incident.

He, however, promised to get back to NAN after inquiry from the Nigerian High Commission in South Africa.