Leicester City star and Super Eagles player, Ahmed Musa, has revealed that he's never going to captain the Nigerian team again. This is coming after fellow team mate Ogenyi Onazi, captained the team in their match against Senegal, a match he got featured in. 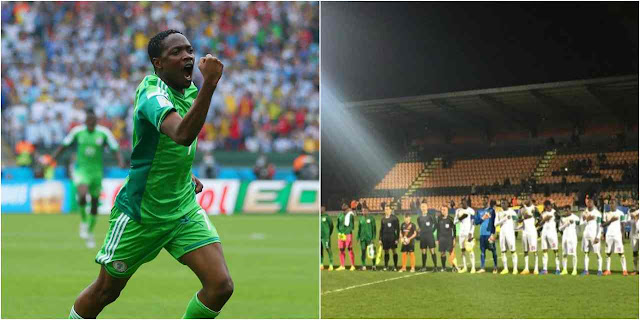 Musa who spoke to The Cable said;

“Why will I be on the pitch and you will tell me that someone will captain the team? I have chosen to step down as the assistant captain of the Super Eagles.

Ahmed who has made 60 international appearances and scored 11 goals for the Eagles, was Super Eagles captain until March 2016, when Mikel Obi replaced him before the AFCON qualifiers against the Pharaohs of Egypt.