Tragedy struck in Onunwankwo village, Umuhuali community in Ishielu Local Government Area of Ebonyi State, as a 29-year-old man, Ifeanyi Nwafor was digging the grave of an elderly woman, suddenly slumped an died. 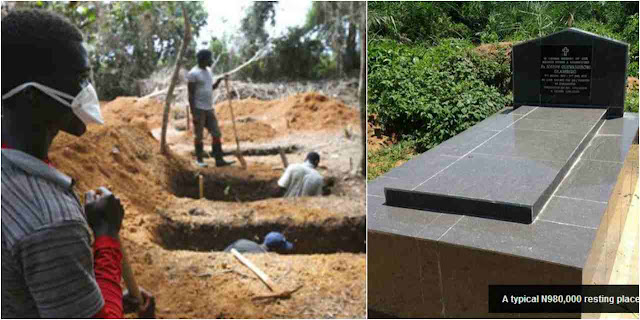 Narrating the incident to newsmen, Mr. Nonso Ekuma, who is a member of the Youth Assembly in the area, disclosed the deceased who is from Azuegu village, participated in

all the burial activities of the deceased woman, Madam Alioke Mgbanya, before his death.

“At dawn, Ifeanyi Nwafor participated in the digging of the grave for the burial of the old woman, and that was where he met his death.

“Nwafor had participated in the drinking episode of the wake keep till dawn, when they began to prepare the grave before the arrival of the Parish priest to bury the dead woman.

“When Nwafor got into the grave with a digger, he dug two times and on the third round could not bring down the digger, but slumped and died inside the grave" he said.He further disclosed that all effort to revive late married driver and father of two, proved abortive, which includes warming his feet with fire. The deceased has however been buried at the Azuegu village Umuhuali.