Nigerian Student Attempts Suicide In U.K As NDDC Backs Down On Scholarship


A student from the Niger-Delta region of Nigeria who is on scholarship in the United Kingdom, reportedly attempted suicide as the Niger Delta Development Commission (NDDC), who were supposed to fund his scholarship failed to keep their promise. 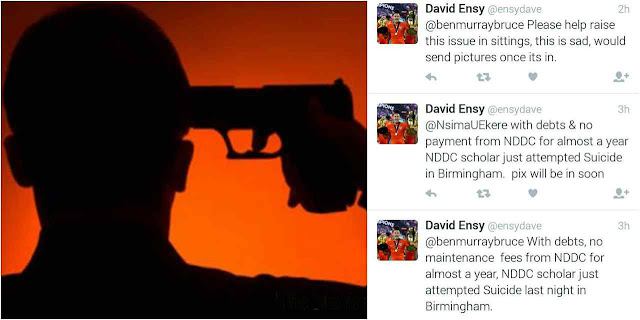 According to Twitter user, @ensydave, who alleged the incident occurred last night in Birmingham, the student whose photo will be made available soon, has been on debts, with no