Joyful Senator Dino Melaye,  representing a Kogi constituency in the Senate Chambers, has released a video, blasting haters for a false certificate scandal report against him. On the front row of his blast is Sahara Reporters' CEO, Omoyele Sowore, who reported that the Nigerian Senator didn't graduate from Ahmadu Bello University as he claimed. 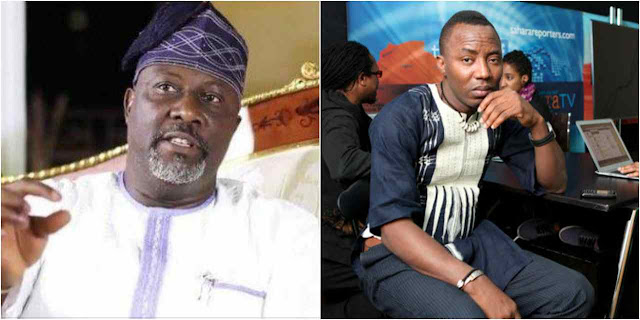 Sen. Dino who made a video after the Vice Chancellor of ABU appeared before Nigerian Senators, confirming that Dino graduated with a Third Class in 2000, disclosed that both those who

The senator has already dragged Sahara Reporters to court, in a N5bn defamation lawsuit.