Kendall Jenner's new Pepsi commercial -- in which she joins a protest or rally of some sort and then hands a policeman a can of soda -- is being torn to shreds online.

After pumping up the excitement for her new role as a Pepsi spokesperson, the model unveiled her debut ad on Tuesday and quickly became the target of backlash, as did the soda company.

In the ad, Jenner is seen participating in a photo shoot and becomes distracted by a group of protestors. She decides to join them, and toward the end, comes face-to-face with a stoic police officer.

She offers him a Pepsi and he accepts the drink before cracking a smile.

The imagery was also thought by some to be far too similar to photos of Ieshia Evans, a protestor who was detained by law enforcement while protesting in Baton Rouge following the shooting death of Alton Sterling at the hands of police. 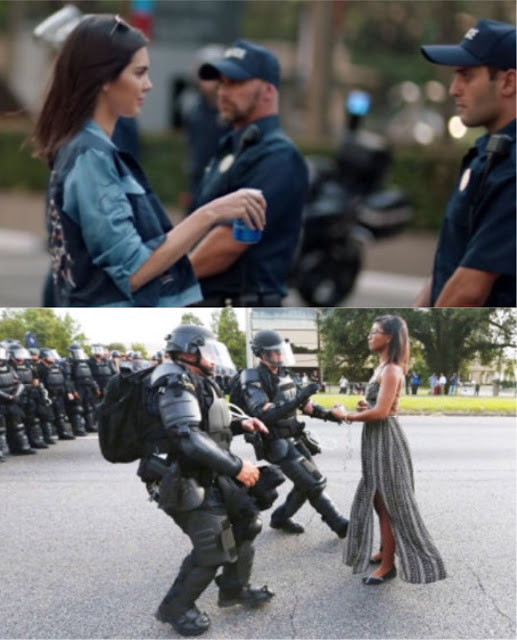 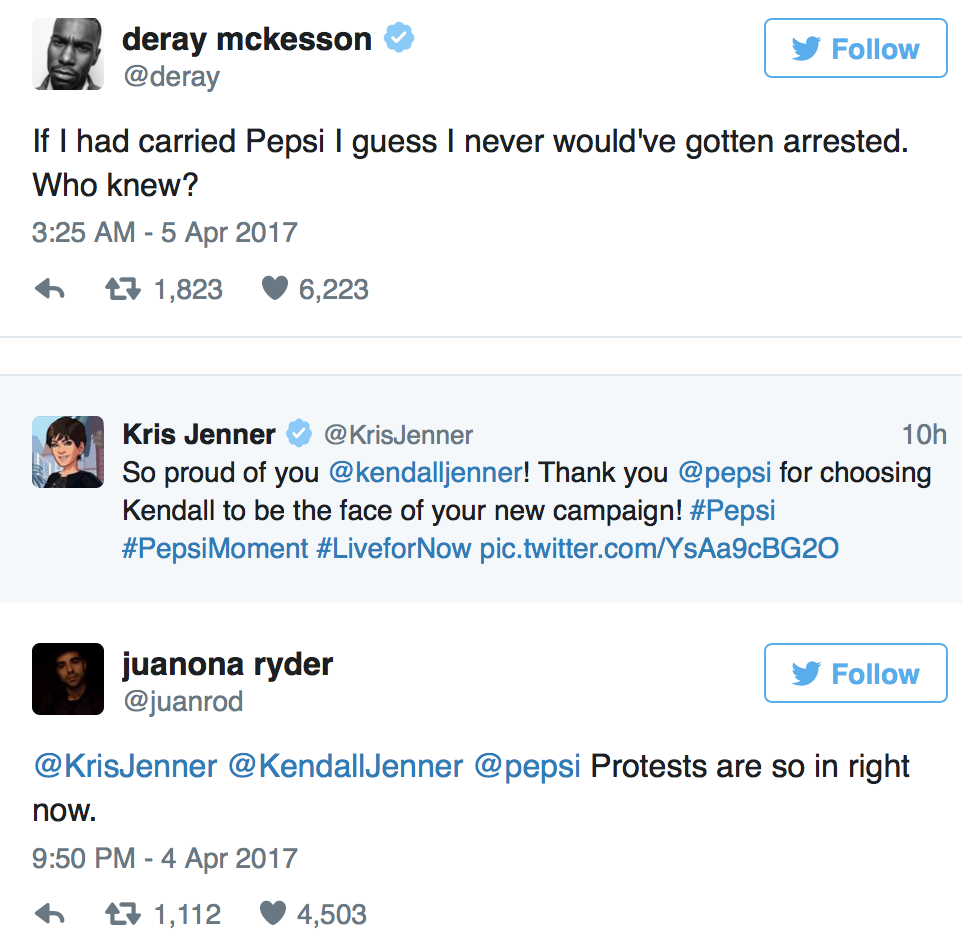 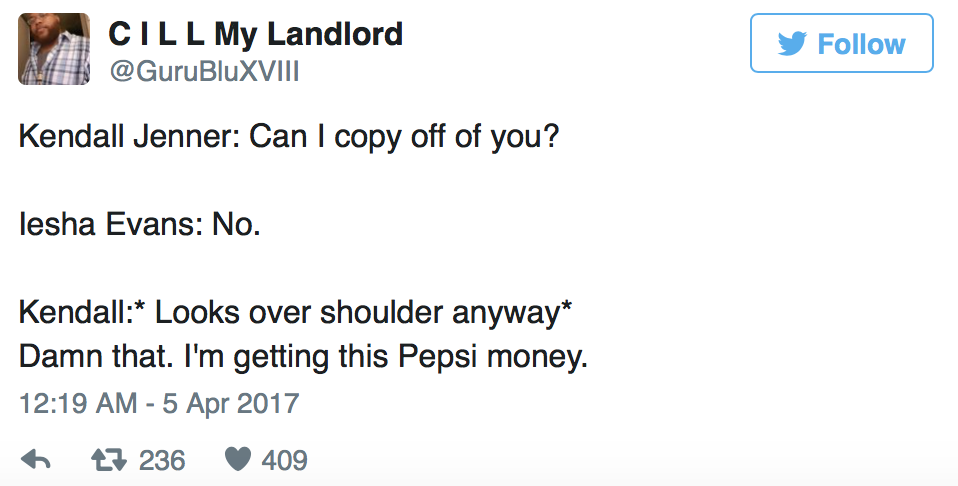 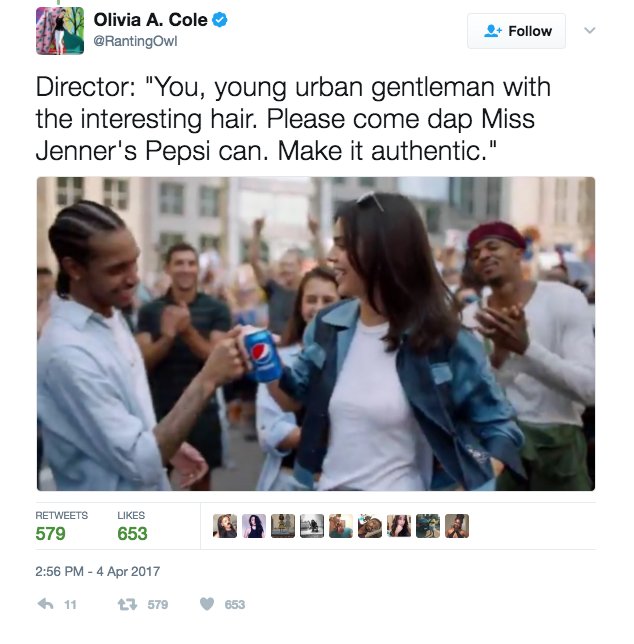 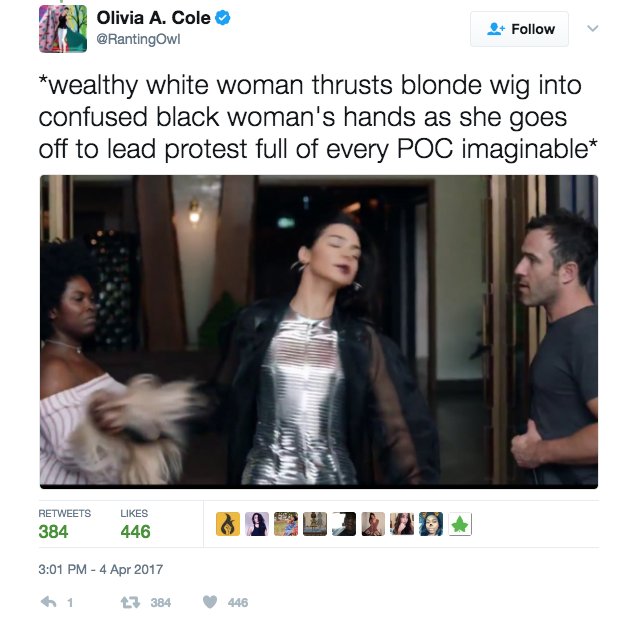 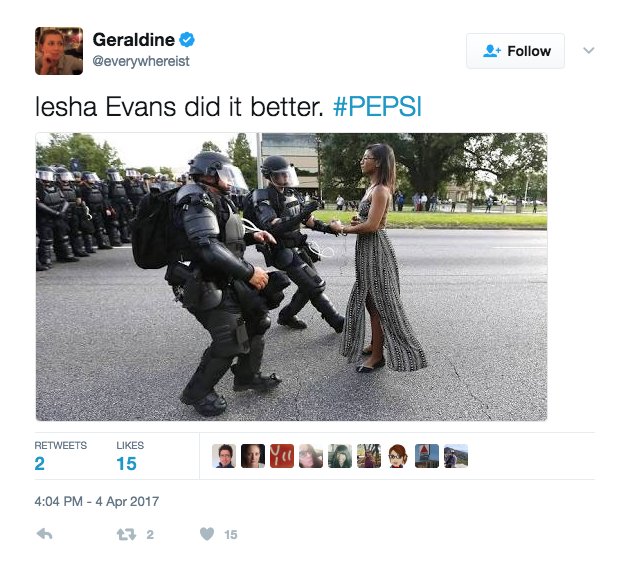