At least, twelve persons have been reportedly killed while several others got injured in a fresh attack on the residents of Asso Community in Jemaa Local Governments Area of Southern Kaduna.

'The attack was reportedly carried out by suspected herdsmen. 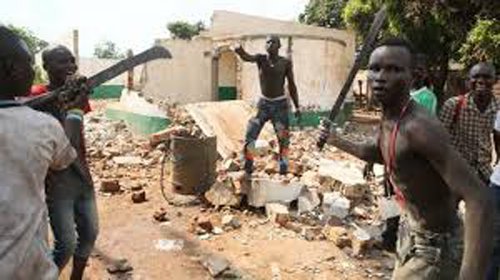 It was gathered that the gunmen invaded the community on Saturday and opened fire on residents of the area, killing twelve persons on the spot.

Punch reports that the ugly incident occurred at 6.00pm shortly after a peace and reconciliations meeting between the natives and the Fulani.

Those injured, according to him, were rushed to the Kafanchan General Hospital, in Jemaa LG for medical treatment.

The Kaduna Command’s Police Public Relations Officer, ASP Aliyu Usman who confirmed the incident said the command could not ascertain the number of those who lost their lives in the latest attack.

The upper legislative arm said it turned down the report for ”