Controversial Nigerian pastor Tim Omotoso of the Jesus Dominion International Church in Durban, is being sought by the Hawks for allegedly abusing young girls at his Umhlanga house. 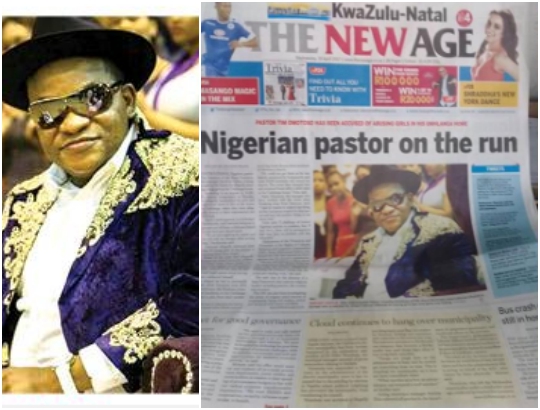 According to an expose by SABC 3’s Special Assignment on Monday, he allegedly handpicked the girls and instructed them to live in his house where they were forced to have unprotected sex with him.

Hawk’s spokesperson, Lt-Col Robert Netshiunda, said Omotoso had gone underground and all three cellphones linked to him had been deactivated. “We are investigating the matter and we will only lay charges after getting him,” Netshiunda said.

Omotoso allegedly molested more than 30 young girls on the pretext of rescuing them from drugs. Some of the girls had reportedly dropped out of the University of KwaZulu-Natal, while others began travelling while singing for the pastor’s group, known as Simply Christolite.

Bishop Vusi Dube of the National Interfaith Council of SA said he had always had reservations about the way Omotoso conducted himself. Dube said:

“I challenge all honest Nigerian pastors to condemn this. If they don’t, there will be assumptions that they have no problem with this behaviour.” 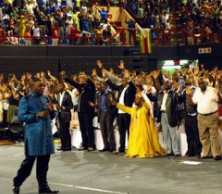