A middle aged man has been arrested in Ilorin, the Kwara State capital for possessing human parts.

Tribune Online gathered that the suspect had been monitored by residents of Ita Kudimo, Abata Suban, Pakata area of Ilorin West local government in the past few days after speculation grew that he possessed a corpse in his building. 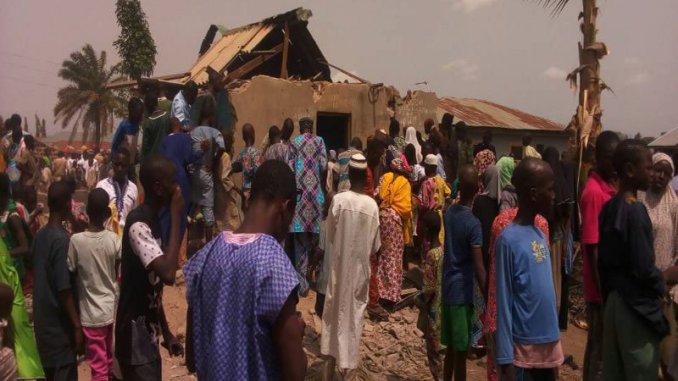 It was also gathered that the neighbours of the suspect swooped on his residence at about noon on Sunday and the suspect was allegedly caught with human parts.

He was later dragged to Adewole Police station in the Ilorin metropolis amidst shouting and rain of curses by the crowd of people.

It was also gathered that house of the suspect was demolished and his properties were carted away by hoodlums who took advantage of the situation to perpetuate their dastardly acts.

Speaking on the development, the police public relations officer, Ajayi Okasanmi, who confirmed the incident, said that the command had commenced investigation on the alleged crime.

Also speaking on the development, the commissioner of Police in Kwara State, Mr Olusola Amore, who did not give the name of the suspect, said that, “it is true that a man was caught with human parts today.

He was being beaten at Kudimo area of Adewole on Sunday. There was a crowd trying to lynch the man. In fact, they had set ablaze his car because they discovered that some odour was coming out of his apartment.

On a closer look, they discovered that he had human parts, skulls and other parts, while they were trying to lynch him, police was informed and moved to the place and caught the man arrested.

We arrested him so that we can know other people connected with that business they are doing. The case is now at Adewole but the State CID will take over the case.

We are going to get to know who and who are involved with him. presently, the case is under investigation.”