Only Ricky Hatton has picked up more in one night, as he earned in excess of £15 million for his clash with Floyd Mayweather Jnr in 2007 in Las Vegas. 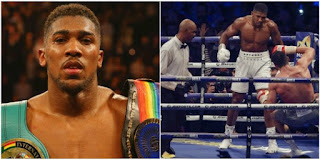 The heavyweight clash at Wembley Stadium generated huge interest, which reach 1.5 million sales on pay-per-view, eclipsing the previous record of 1.15 milliom for Mayweather’s clash with

Joshua’s defence of the IBF belt against Klitschko, generated gate receipts worth about £7 million.

US television rights sold for almost £2.4 million, with Showtime and HBO sharing the rights.

German TV RTL has also paid about £4 million to broadcast the event in the country where Ukrainian Klitschko is a star.

More than £1 million was pumped in by sponsors, while merchandising broke the £1 million barrier to deliver an eye-watering total well in excess of £40 million.