Anthony Joshua's next opponent will be Wladimir Klitschko – if promoter Eddie Hearn gets his way, according to online reports.

The promoter is determined to schedule a re-match of last month’s epic Wembley encounter that saw Joshua win in 11 rounds after a TKO. 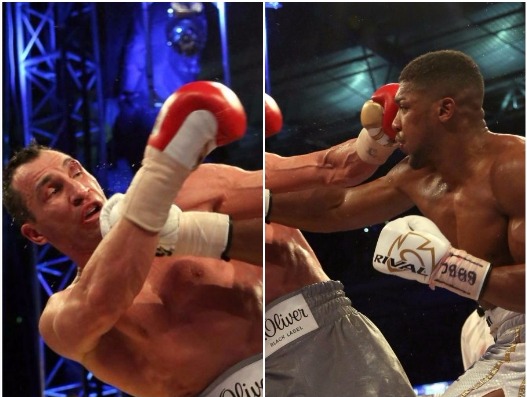 Joshua retained the IBF heavyweight title and won the vacant WBA super and IBO heavyweight belts in the process and wowed the 90,000-strong crowd and millions watching on television.

And Hearn, 37, is determined to make the fight happen again.

He told Boxing News: “It’s one of the best fights I’ve seen, everyone wants to see it again.

“It’s the biggest fight out there for Josh, other than the Fury fight and I think  he wins, so why not? That’s the fight we’d like next.”

A possible top opponent for Joshua is Tyson Fury, who has not fought since he beat Klitschko in November 2015.

There was also a re-match clause in the contract signed by Joshua and Klitschko, 41, before the original fight, with a possible 2018 date mooted.

That means Joshua would be free to fight later this year, with Klitschko feeling he has earned the respect he deserves for his spirited showing in the tense fight.

Hearn added: “My initial thoughts are that he’d take the re-match.