The Federal University of Technology Minna, Niger State, has been thrown into mourning following the killing of a female postgraduate student in the school, Bolatito Ajuola, by a man suspected to be her fiancée. 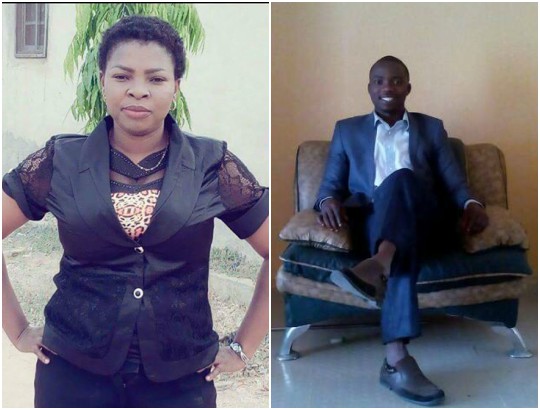 It was learnt that Ajuola, a student of Science Education, was allegedly stabbed to death at about 11pm on Monday at her off-campus residence.

Eyewitnesses said the man, Best Origboshe, was a worker in a company owned by the victim’s father in Ondo State, when the duo began a romantic affair.

However, Origboshe was said to have lost his job, resulting in Ajuola asking him to join her in Minna.

It was learnt that on Monday, Origboshe and Ajuola had returned from shopping when the victim prepared dinner and set the table for them to eat.

Northern City News gathered that Origboshe was reluctant to eat the meal, claiming that it was too hot when Ajuola queried him for shunning her food.

An argument was reported to have ensued between them.

A witness, who did not want his name in print, said,

“During the argument, the man started beating the girl. She rushed to the kitchen and emerged with a knife with which she injured her fiancé. The man afterwards went to a nearby store, where he bought a brand new knife which he allegedly used to stab her in the breast and in the stomach.”

It was learnt that a professor in the university, who heard the cry from the house, rushed Ajuola and Origboshe to a hospital, where she was confirmed dead.

Her remains have reportedly been deposited in a morgue at the General Hospital, Minna.

It was gathered that Origboshe was initially being guarded at the hospital by some policemen, before he was later released to the police due to a crowd of students, who had gathered around the hospital.

The parents of the victim were said to have arrived Minna to recover their daughter’s corpse and follow up with investigation. 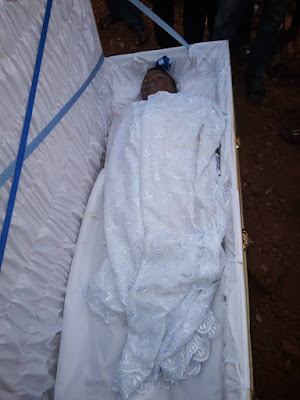 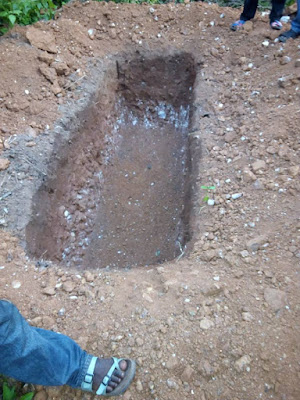 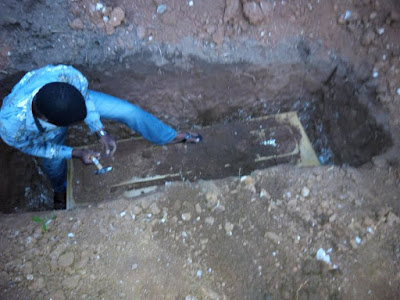 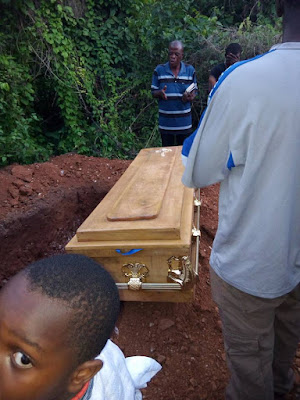 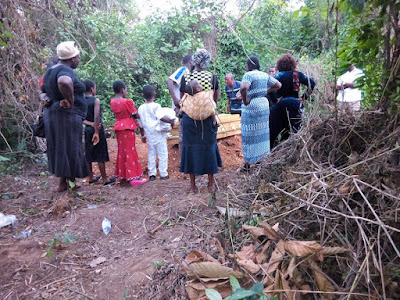 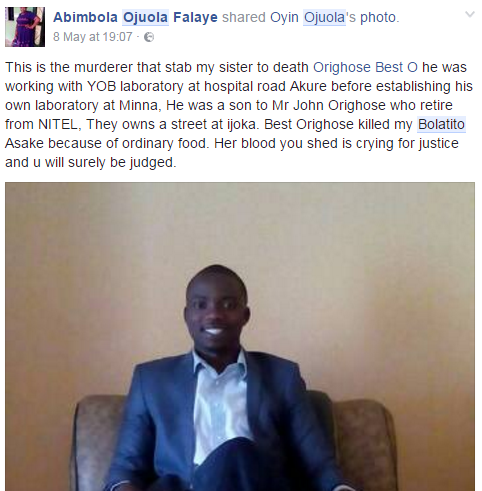 The state Police Public Relations Officer, DSP Bala Elkana, confirmed the incident, adding that investigations had commenced into the case.