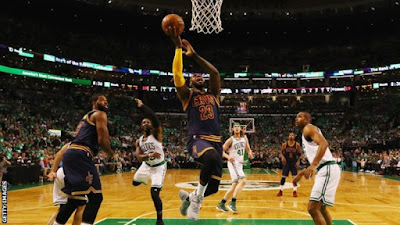 LeBron also went on to break Chicago Bulls legend Michael Jordan’s record as the all-time leading scorer in the play-offs.

They were crowned NBA champions in 2015 but were defeated last year as Cleveland's 52-year wait for a major sporting title came to an end.