Photos: People Are Now Getting BEE TATTOO In UK To Show Support To Attack Victims 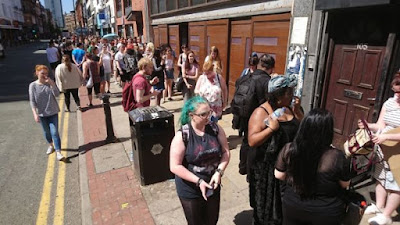 Hundreds of people have been queuing at Manchester tattoo parlours to get bee inkings in a show of solidarity after Monday's terrorist attack in the city.

One city centre tattoo studio was faced with 800 potential customers on Friday.

The Manchester Tattoo Appeal was launched by Stalybridge-based tattoo artist Sam Barber, with those taking part donating £50 to help the families of those killed or injured.

Manchester is adorned with the bee emblem, which is a legacy of the city's textile industry.

The tattoo appeal was announced shortly after the suicide bomber attack at Manchester Arena on Monday, which left 22 people dead.

Molly Rylance, who was at the concert during the attack, was one of the first to get a bee tattoo.

She said: "I just thought I wanted it to remember - not what happened - but kind of how resilient we are as a community and just how everyone stood together and said that it's not going to break us."

Tattoo artist Sam Barber said people were using it as a "symbol of strength".

"We've actually got a lot of family members of some of the victims coming forward who want it as a memorial tattoo now," she said.

"Paramedics and health workers who were on the scene, who were there in the aftermath - who also want to come together and get that tattoo done. " 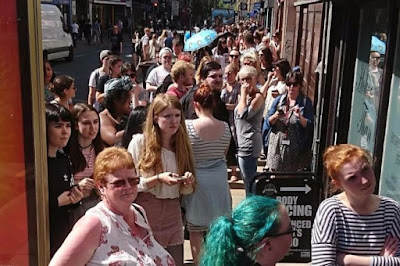 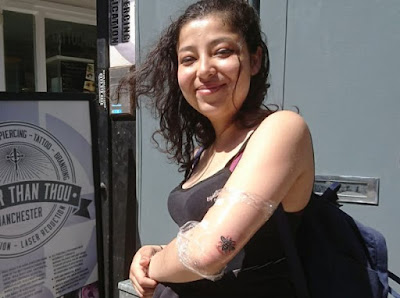