Texas Man Sues Date $17.31 For Texting During Cinema Date - And Gets His Money 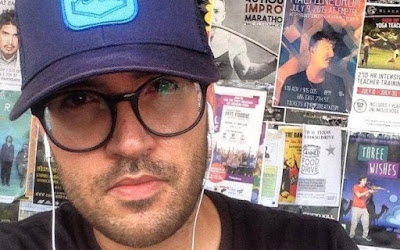 A man from Texas sued a woman this week for $17.31 - the price of a cinema ticket - after she irritated him by texting during a movie.

Brandon Vezmar, 37, of Austin, claimed Crystal Cruz was "a threat to civilised society" after she used her phone to read and send text messages "at least 10-20 times in 15 minutes" during the 3D showing of “Guardians of the Galaxy, Vol. 2” on Saturday.

“It was kind of a first date from hell,” he was quoted as saying.

“She started about 15 minutes after the movie began. “This is one of my biggest pet peeves.”

Mr Vezmar asked Ms Cruz to stop but she refused. He suggested she step outside to use her phone, after which she left the cinema and never came back.

The 35-year-old woman also drove away in her car, in which she had driven them both, leaving him without a ride home, he said.

A few days later, he messaged her asking for the price of a ticket but she refused because "he took me out on a date", she said.

Mr Vezmar filed the petition in the small claims court in Travis County.

The texting was a “direct violation” of the cinema's policy and the woman “adversely” affected Mr Vezmar’s viewing experience and that of other patrons, the petition states.

“While damages sought are modest, the principle is important as defendant’s behaviour is a threat to civilised society,” it says.

The pair were reunited at the cinema on Thursday in an attempt to sort out the dispute.

“The date just didn't work out," she told him during the reunion, she also apologised and handed him the money, asking him to "just leave this alone."