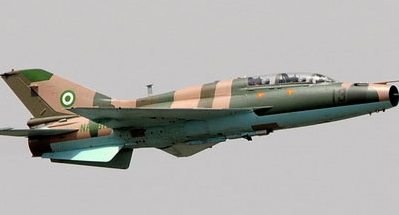 NAF aircraft Director of Public Relations and Information, Air Commodore, Olatokunbo Adesanya said on 21 May, NAF Component of Operation “LAFIYA DOLE” conducted an Intelligence Surveillance and Reconnaissance (ISR) mission in Parisu, Borno which led to serious casualty on the side of the insurgents.

“During the ISR mission, a large structure with solar panels and flags suspected to harbour high value insurgents was discovered, alongside other similar structures hidden under trees.

“Accordingly, on May 22, two attack helicopters; the Mi-17 and the newly inducted day and night, all weather gunship, Mi-35M Super Hind were scrambled to conduct strikes on the location in succession,” he said.