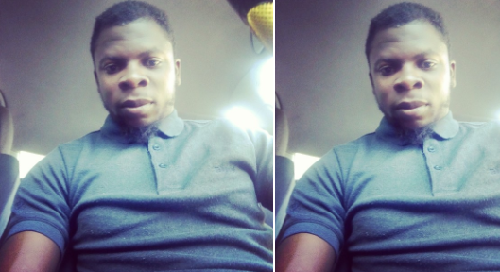 A Disc Jockey has been found dead after spending the night with his girlfriend. It was gathered that the deceased, identified as Michael Adegbehin, a 2012 graduate of engineering from a South-West university, celebrated his 27th birthday last Thursday.

An eyewitness said the deceased, a Disc Jockey, shared same apartment with his elder brother on Agbe Road, Abule-Egba axis of Lagos State.

A resident of the community, who did not want his name mentioned, disclosed that the deceased had invited his girlfriend, who was identified as Blessing, to his apartment as part of the celebration.

Sources said that on her arrival, Michael sent an SMS to his elder brother, urging him to spend the night elsewhere because Blessing would be sleeping over.

Another resident, who also does not want to be mentioned, told Vanguard that in the morning, Blessing left the apartment, adding “I did not see Michael accompanying her. But because she was not new to us, we did not suspect any danger.” He noted that some minutes later, the elder brother arrived and met the door wide opened, with his brother lying lifeless in the room. The resident noted that the alarm raised by Michael’s elder brother alerted other tenants. He added that efforts to rescue Michael, whose stage name was Swaggernointed Djhobeejay, proved abortive.

It was learned that he was pronounced dead by medical experts and his body deposited at the Lagos State University Teaching Hospital, LASUTH, Ikeja.

It was gathered that Blessing, who allegedly went into hiding after the disaster, had since presented herself to the Police.