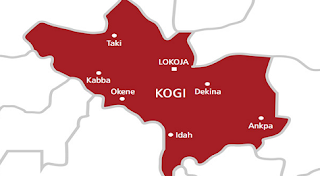 A Kogi High Court sitting in Okene has remanded a former Commissioner for Agriculture in the state, Zacchaeus Atte, in prison custody over alleged financial impropriety of N35.5 million.

The News Agency of Nigeria reports that Mr. Atte was arraigned by the Independent Corrupt Practices and other related Offences Commission, ICPC, on an eight-count charge.

The judge, Josiah Majebi, who gave the order, held that the bail application for the accused was not ripe for hearing.

Earlier, the prosecution led by John Okwor told the court that the alleged offence was contrary to Section 19 of the Corrupt Practices and Other Related Offences Act, 2000.

The charges against the accused, according to the prosecuting counsel, include using his office as commissioner for agriculture to convert the sum of N11.9 million to personal use.

Mr. Okwor said the accused perpetrated the act under the pretext of purchasing and distributing 200,000 sprouted oil palm seedlings to the state oil palm farmers in February, 2015.

He also accused the former commissioner of cornering N350,000 on the pretext of distributing 100,000 cocoa seedlings to cocoa farmers in the state in August, 2015.

The accused, the counsel said, also converted N8.87 million under the pretext of purchasing oil palm sprouted seedlings in May, 2015.

He further accused Mr. Atte of corruptly enriching himself in January 2015 with N2.84 million under the pretext of purchasing two units of photocopiers.

Other offences, according to Mr. Okwor, is that Mr. Atte used his office as commissioner to siphon various amounts of public funds meant for projects for which he got approvals but decided to pocket the monies released.

When the offences were read to him, the former commissioner pleaded not guilty.

The ICPC counsel told the court that he was ready for the commencement of the trial and asked for a date for him to present witnesses.

Adebayo Eniwaye, counsel to the accused, made an oral application for the bail of his client, which was not opposed by the prosecution counsel.

Justice Medubi, however, in his ruling, observed that the motion was not ripe for hearing.

Mr. Majebi ordered that the former commissioner be remanded at the Medium Security Prisons, Okene, and adjourned the case until June 20 for hearing.