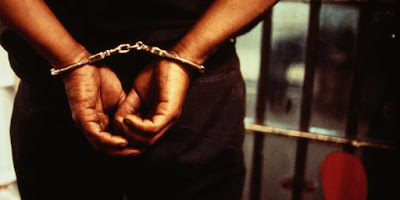 The accused persons, whose addresses were unknown, are facing a two-count charge of conspiracy and murder.

Earlier, the Prosecutor, Cpl. Mustapha Abdulkareem, told the court that the accused and others still at large, committed the offences on April 26, at about 5.00p.m at Ogba-Ayo under bridge, Ijoko, Ota.

Abdulkareem said that the accused persons and their accomplices being members of a secret society called “Aiye Confraternity” did conspire among themselves to kill one Lanre Adebowale.

He said they killed him by violently launching an attack with a gun and a cutlass that led to the death of the victim.

The Chief Magistrate, Mrs A. I. Adelaja, ordered that the accused persons should be remanded in prison custody, pending legal advice from the State’s Director of Public Prosecutions on the matter.

Adelaja adjourned the case until July 21, for hearing.