Finsbury Park Victim Is Pictured For The First Time 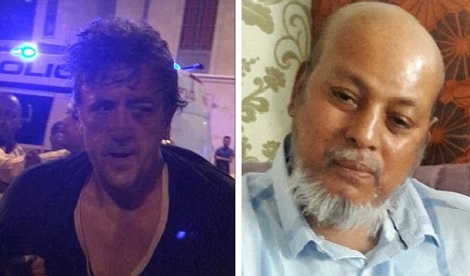 The man who died in a suspected terror attack in Finsbury Park has been remembered by his family as a 'peace-loving and gentle' grandfather who spent 'his whole life without enemies'.

Makram Ali, 51, died of 'multiple injuries' when a white van ploughed into a group of Muslim worshippers outside the Muslim Welfare House in north London on Monday morning.

Today, Mr Ali's family revealed how the married father-of-six - who also had two grandchildren - had collapsed from a weak leg outside the mosque and was sitting up and 'expressing a wish to return home' when he was hit by the vehicle.

They added that the 'devastating' incident was made all the more tragic because Mr Ali had only just completed his evening prayers, something which gave him 'great comfort' because of 'the feelings of peace' it created.

In a poignant and moving statement, the family also called for calm in the wake of the attack, adding that Mr Ali 'would not wish for there to be any retaliation or recriminations'.

The family - who had been due to fly to Canada for a family holiday - said they wanted everyone to know that Mr Ali was a 'loving man' who chose a 'quiet life' with 'political or social discussion'.

Police had initially been investigating whether Mr Ali died following the attack, or whether his death was connected to his collapse.

But today Scotland Yard confirmed that a preliminary post-mortem examination found Mr Ali died 'as a result of multiple injuries'.