Extremely Sad! Mother Gives Up Child At Birth, Because Her Family Would 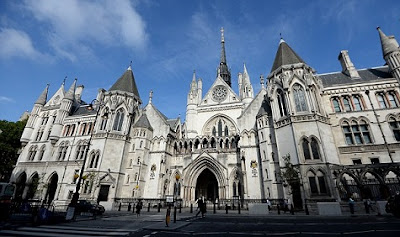 A mother from an ethnic minority gave up her baby for adoption because she feared her family would kill her if they learned she had sex before marriage, a court heard.

The woman, who cannot be named, told social workers that she did not want the father or her family to know that she had given birth.

She said she would be ostracised from her family and community or even killed if they found out about the pregnancy, a judge said.

The details of the case have emerged following a private hearing in the Family Division of the High Court in London.

The new mother agreed for the baby to go into care on the day she gave birth and said she could not have anything to do with the child.

However, she confessed that it 'really hurt' to give up the child and said she 'really love[d]' the baby.

The judge said the woman had emailed a social worker, saying: 'I really love [the baby] and it really hurts me not to be [the baby's] mother because I can't look after [the baby]. If my family find out, they are going to kill me.'

Mr Justice Holman ruled that the child should go into council care, describing the circumstances of the case as 'exceptional'.

He said: 'The mother has consistently said that the reason why she cannot have anything to do with her baby and does not want the father, whoever he may be, or any of his family or her own family even to know that she has given birth to a child is that she fears there would be grave consequences for her from her family and in the community within which she lives.

'She says at its lowest that she would be ostracised by her family and the community, and at its highest and at worst that she herself might be killed.'

He added: 'This mother has consistently repeated to social workers this very great fear that she might, at worst, be killed if even the fact of her pregnancy and, therefore, that she had sexual intercourse outside marriage was learned by anyone within her community.'

Mr Justice Holman said the woman was a member of an 'ethnic minority community' but gave no further detail. He also did not identify the council with responsibility for the child.

He said the woman had presented herself at a hospital when she was 29 weeks pregnant.