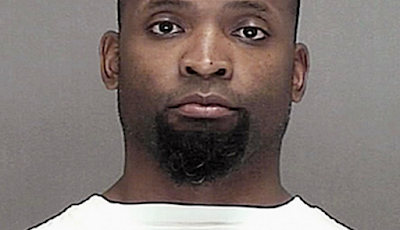 Former NFL running back Ahman Green was arrested Sunday evening and charged Monday with a single count of felony child abuse after allegedly striking his 15-year-old daughter. Green was booked into the Brown County jail in Green Bay, Wis., and appeared in Brown County circuit court via teleconference.

Represented by a public defender, Green, who was also charged with one misdemeanor count of disorderly conduct, was released on signature bond worth $2,500 and ordered to refrain from contacting his daughter or anyone else who may have witnessed the alleged incident.

Per a copy of the police report obtained and published by Deadspin, Green, 40, was arrested at his home around 11:30 p.m. Sunday night for allegedly hitting his daughter in the face because she would not wash the dishes.

According to the report, Green “threw her to the ground and then threw her against the kitchen cabinets” before he “picked her up and carried her to the kitchen where he forcefully made her pick up handfuls of silverware.” When Green let go of his daughter, she said, he “punched me in the face.”

In the report, the arresting officer wrote that Green’s daughter’s left eye was “swollen, slightly black and blue and had two minor scratches.” Green told police that he may have hit her glasses when he “slapped her upside the head.”

Green will next appear in court on July 11.