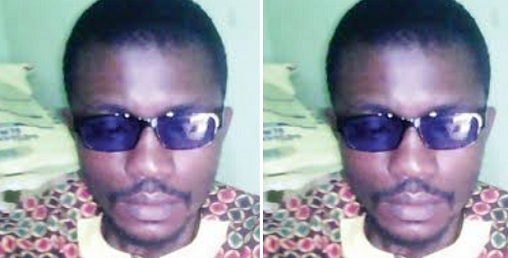 An Ogun State Magistrate’s Court sitting in Sango has remanded six men for allegedly killing a bank agent, Sunday Awodiran, in the Ifo area of the state.

The suspects – Tosin Oluwole, aka Ewu (25); Ojo Aliu, aka Agbede (44); Lukman Taiwo, aka Osa (29); David Gbenga, aka Celeboy (25); Wasiu Olaegbe, aka Irungbon (24); Taiwo Babalola, aka Obama (29)– were remanded in the Oba Prison pending legal advice from the Directorate of Public Prosecutions.

Punch Metro had reported that Awodiran, aka AY, was stabbed to death by the suspects and others at large on Lambe Junction, Ajuwon, on May 14, 2017.

The 38-year-old graduate of Economics, University of Ado-Ekiti, Ekiti State, was allegedly attacked while returning home from work around 10pm.

Punch Metro reported that the assailants dispossessed the father of three of a Point of Sales terminal, an accounting record book, recharge cards worth N40,000, a cash sum of N200,000, and an Automated Teller Machine card.

When he reportedly identified one of the assailants as his next-door neighbour, the men were said to have stabbed him and left him for dead.

The police arrested the suspects after they allegedly withdrew about N2.1m from the deceased bank account.

An Investigating Police Officer, Sergeant Raphael Adegbite, brought them before the court on five counts of robbery, murder and belonging to a cult.

The charges read in part, “That you, Tosin Oluwole, aka Ewu; Ojo Aliu, aka Agbede; Lukman Taiwo, aka Osa; David Gbenga, aka Celeboy; Wasiu Olaegbe, aka Irungbon; Taiwo Babalola, aka Obama; and others still at large, on May 14, 2017, at about 10.30pm at Olambe-Osere, Matogun Road, opposite Mikelyn Filling Station, Ajuwon, in the Ifo Magisterial District, did conspire together to commit felony, to wit: armed robbery, thereby committing an offence.

“That you did rob one Sunday Awodiran, aka AY, now deceased, of cash sum of N200,000 and one Point of Sales machine, valued at N150,000, and at the time of the robbery, you were armed with weapons to wit: knives, axes, gun.

“That you did unlawfully kill one Sunday Awodiran, aka AY aged 38.”

The police prosecutor, N.A. Ajayi, said the offences were punishable under sections 6(b) and 1(2) of the Robbery and Firearms (Special Provisions) Act Cap R.II, Law of the Federation of Nigeria, sections 324 and 319 of the Criminal Code, Law of Ogun State of Nigeria, 2006, and Section 5 of the Secret Cults (Prohibition and Special Provisions) Law, Revised Law of Ogun State, Nigeria, 2006.

Their pleas were taken for the non-capital offences, to which they pleaded not guilty.

The prosecutor, Ajayi, filed for the remand of the defendants in custody pending the release of legal advice from the DPP.

The magistrate, F.A. Iroko, ruled that they should be remanded in prison pending DPP’s advice.