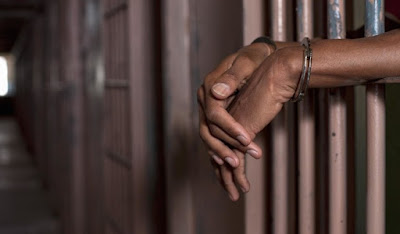 A Kaduna State High Court has remanded a former reporter with Vanguard Newspapers, Luka Binniyat, in prison over allegation of false publication brought before it by the Kaduna State Government.

Mr. Binniyat, who had been on medication, walked into the courtroom with the help of crutches to make appearance having sustained injuries from an accident.

Despite his illness, the presiding judge, Bashir Sukola, ordered the remand of the journalist despite appeals from his counsel, James Kanyip.

Mr. Sukola said the journalist should be remanded in prison custody till July 20 for ruling on the bail application filed by the journalist’s lawyer.

Mr. Luka was arraigned before Chief Magistrate Emmanuel Yusuf in February, 2017 on same allegation of false report in the Vanguard newspapers about the Southern Kaduna crisis.

He was accused of falsely reporting that five students of the state College of Education were killed by Fulani herdsmen.

The report was published on January 24 in Vanguard newspaper.

He was subsequently sacked by the paper.