US Cop Who Shot Bride-To-Be Identified 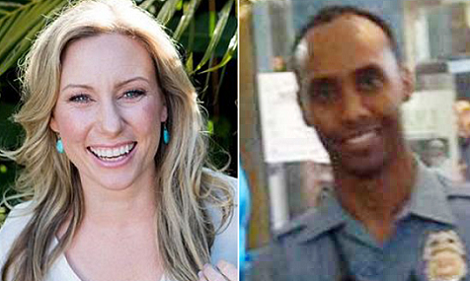 The Minneapolis cop who shot an Australian woman dead outside her home has been identified as Mohammed Noor. The officer had only 2 years experience and is the first Somalian-born cop on the force.

Justine Ruszczyk, 40, was shot dead as she stood outside her home in her pajamas on Saturday night. Police say she called 911 to report a home intrusion or an assault.

Ruszczyk moved to the U.S. 2 years ago to marry her fiancé, Don Damond, 50. She used the name Justine Damond professionally.

Noor fired his service weapon through the driver’s side door of his patrol unit striking Damond as she stood outside the vehicle speaking to Noor and another officer.

Noor’s body cam was not turned on and the patrol unit’s dash cam did not capture the shooting.

The incident happened in a driveway next to the Damond home at about 11:30 pm on Saturday. She was wearing pajamas when she was killed.

Neighbors say they emerged from their homes to see emergency technicians performing CPR on Damond on the ground.

One neighbor said Damond often spoke about how safe her native Sydney, Australia was due to strict gun control laws.

In a press conference on Monday, Minneapolis Mayor Betsy Hodges promised the community she would keep the communication flowing.

Hodges said she is “heartsick and deeply disturbed” by the police-involved shooting. Outraged citizens demanded to know why neither officer at the scene had their body cams turned on.

Hundreds of people gathered outside the Damond home in the hours after the shooting. Mourners placed flowers, candles, letters, and teddy bears on the spot where she died.

One online user said; “Why did you shoot and kill our neighbor and friend?”