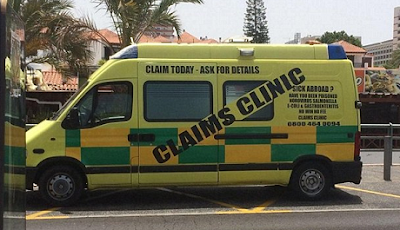 A 28-year-old holidaymaker from Wales has been ordered to pay £25,000 to Thomson, after a court found that she lied about getting sick to claim compensation.

The case, revealed today by Money Mail, serves as a serious warning to people going abroad this summer.

Over the past year, tens of thousands of families have submitted sickness claims, often encouraged by law firms promising big payouts — but many are suspected of exaggerating their symptoms.

Two years after returning home, in July 2013, she made a compensation claim for sickness against Thomson through a North Wales law firm.

She claimed she had been ill while staying at the hotel and had not eaten anywhere else. The case was due to be heard in court last October, but Mrs Hughes dropped her claim at the 11th hour without any explanation.

Thomson told Money Mail that after investigating, it had discovered Mrs Hughes had eaten only a small number of breakfasts at the hotel, while a friend had confirmed to the travel company that she had eaten Chinese food in the resort.

Mrs Hughes denied this, but Thomson decided it had enough evidence to pursue her through the courts for costs it had incurred building a defence.

On July 5, a Recorder at Wrexham County Court ordered that Mrs Hughes had been 'fundamentally dishonest' and must pay the holiday giant £25,000 by 4pm on October 6.