Man Pretended To Be A Quadriplegic, Was In Coma After Duping Elderly Man All To Avoid Justice 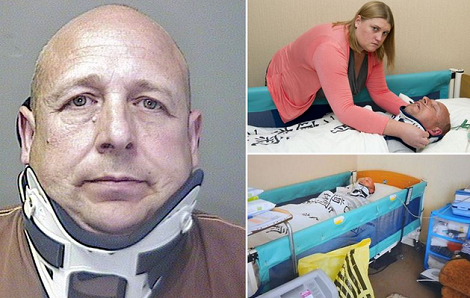 A man jailed for pretending to be quadriplegic after he was found out for conning a vulnerable elderly neighbour is set to be released.

Alan Knight preyed upon an elderly and vulnerable neighbour and stole more than £40,000 from him – but that was just the start of his criminality.

When police began to investigate his thieving he embarked on a bizarre medical fantasy where he faked paralysis and claimed to have periods in a coma-like state.

But it was all lies, a conceit designed to try to evade justice – and police were able to prove it. In the coming days the man dubbed the "coma conman" is due to walk out of prison having served his time for theft, fraud, and perverting the course of justice.

If the initial crime was bad enough the lengths Knight and his wife, Helen, went to try to escape responsibility for what he had done were extraordinary.

Their story begins with the exploitation of an elderly man with dementia.

Knight befriended the man, a neighbour in Sketty, Swansea, who was suffering with no family nearby, before systemically helping himself to the former Alcoa worker's life savings.

The alarm was raised in 2009 when social services became aware of daily withdrawals form the pensioner's bank account and cheques being written for large amounts of money.

Concerned staff contacted South Wales Police, who quickly identified a suspect in Knight, the man who had taken upon himself to act as a "carer" for his vulnerable neighbour.

After his initial arrest Knight then began to spin an elaborate web of lies, claiming to have suffered a freak garage door injury which left him with spinal problems that rendered him motionless from the neck down and caused him to slip into and out of a comatose state.

He and his wife repeatedly lied to police and doctors about his condition, and filled a room in their home with unnecessary medical equipment as part of their act – Knight would pretend to be in coma for the benefit of cameras or whenever anyone in authority came calling.

He got himself admitted to hospital on a number of occasions during the police investigation, spending a total of 10 weeks on the wards.

But medical tests could find nothing physically wrong with him – and staff reported that glasses of water left in his room over night would mysteriously be empty the following morning.

Police uncovered CCTV footage of Knight driving over the Severn Bridge a number of times and using his disabled permit at the payment tolls.

Detectives also traced Knight's movements using his Tesco Clubcard – they found he had visited a store in Gloucestershire where CCTV footage showed him pushing a trolley around the shop, chatting to people, and texting on his mobile phone.

They would later find photographs of the Knights which showed the pair out and about enjoying themselves, including at a friend's wedding and at Legoland.

Knight refused to appear in court for the sentencing hearing, and was jailed for four-and-a-half years in his absence, with Judge Paul Thomas describing him as “as dishonest a man as I’ve ever come across”.

The Knights were back in court the following year where they admitted their medical lies – Knight was sentenced to 14 months in prison for perverting the course of justice and his wife to 10 months.

South Wales Police detective constable Paul Harry, the officer who led the investigation and whose work on the case was commended by Judge Thomas, described Knight's actions as "the most calculated, long-term deception of a vulnerable, elderly neighbour" he had seen.