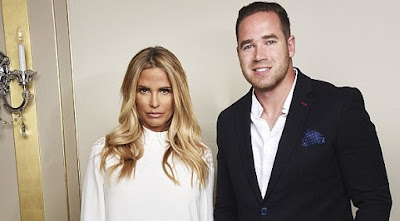 Katie Price has reportedly kicked Kieran Hayler out of their Sussex mansion after discovering he had a year-long affair with their nanny.

The former glamour model, 39, detailed how she 'cried and screamed' after discovering the ex-stripper, 30, slept with Nikki Brown in 'every room of the house'.

And now the mum-of-five has been forced to throw Kieran out because he refuses to accept that his cheating has broken up their four-year marriage, sources claimed.

It's pretty unbelievable but Kieran actually believed he could cling on to their marriage after all he's done — and that has really annoyed her,' a source told The Sun.

'Katie is heartbroken by yet another betrayal yet he still didn't seem to get the message it was over.'

The insider claimed Kieran was 'hanging around' the house again this week and posting photos on social media as if everything was normal - despite Katie telling him 'repeatedly' that it was over.

'Behind closed doors all hell was breaking loose, she was absolutely raging. Eventually he gave up and left,' the source continued.

Kieran allegedly turned up at the West Sussex family home again on Sunday night and pleaded with Katie to let him stay after claiming he had nowhere else to go.