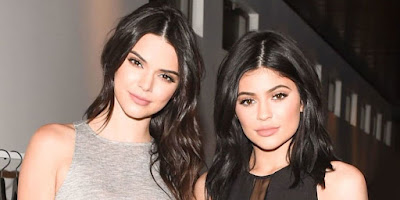 They shot to fame together on Keeping Up With The Kardashians. Yet Kylie Jenner has now claimed she would not be friends with sister Kendall if they were not siblings.

Despite this the makeup magnate, who has dated handsome rappers including Tyga and Travis Scott, also revealed they are in fact so close they even share underwear.

In the latest promotional trailer for Life Of Kylie, the 20-year-old said: 'Kendall and I, I don't think we'd be friends if we weren't sisters.'

It seems their friendship is however so sturdy they have no bounds as they share everything from clothes to their underwear.

'And then I go over there, and I'm like: "Kendall, I need a pair of sweats to go home", and she'll give me the most uncomfortable old underwear, the worst sweats you've ever seen and anything that's so bad and old and small. And I'm like: "You're so mean."'

Meanwhile, Kendall, who managed to forge career on the catwalk, previously admitted she hates being told she is 'jealous' of her sister.

She said: 'I hate drama so much! I've truly never been a dramatic person, not even when I was younger.