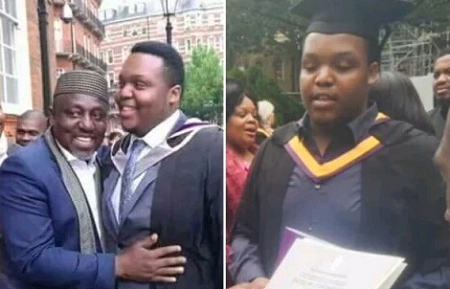 The attention of the government and good people of Imo State has been drawn to the false publication on the Social Media, talking about the death in London of Engineer Ahamefula Okorocha, first son of the State Governor Owelle Rochas Okorocha.

The fact and indeed, the real story is that, contrary to the rumour from the Kingdom of darkness, the Young man is hale and hearty and the wish of the wicked ones would never, never prevail over him.

Those who authored the fake death story only showed the level of their frustration and we won’t ask God to help them out or forgive them. They must reap whatever they have sown.

The bible says, “tell the wicked it shall not be well with them”. And we do so to those behind this disturbing rumour.

You can begin to ask why human beings created in the image of God would ever wish a promising Young man like Aham death, no matter what could be their reason.

It should also be recalled that sometime last year, when the governor travelled, these evil-minded elements also rumoured his death and that was also when the issue of Ekeukwu Market came up.

And this time too, two weeks after the relocation of Ekeukwu Market, they have come up with the same death story and this time, the governor’s first son.