Tanzanian Producer Calls Diamond Platinumz Out, Says I Went Deaf Because Of You, I Need Help 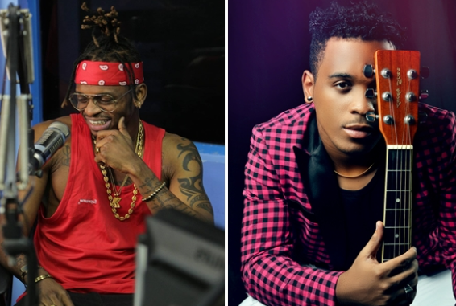 Tanzanian producer Bob Junior has said the reason he is deaf today is because of Diamond Platinumz’s first album.

Bob Junior who no longer see Diamond face to face, says his left ear turned partially deaf due to the long hours he spent in the studio producing Diamond’s album.

Among the songs in the album is Kamwambie, which won the singer 3 awards, and other songs earning him big shows that changed his life.

Bob Junior, says after the success of the album, Diamond dumped him.

He continued to ignore him even when Bob Junior desperately needed his financial assistant to treat himself. Accoridng to Bob, he used allavenues to get to Diamond but he was ignored.

He however says, he is not happy he has to make this public but he has been trying to reach him for years with no response from him. To make matters worse, Bob claims he produced the album for Diamond for FREE!